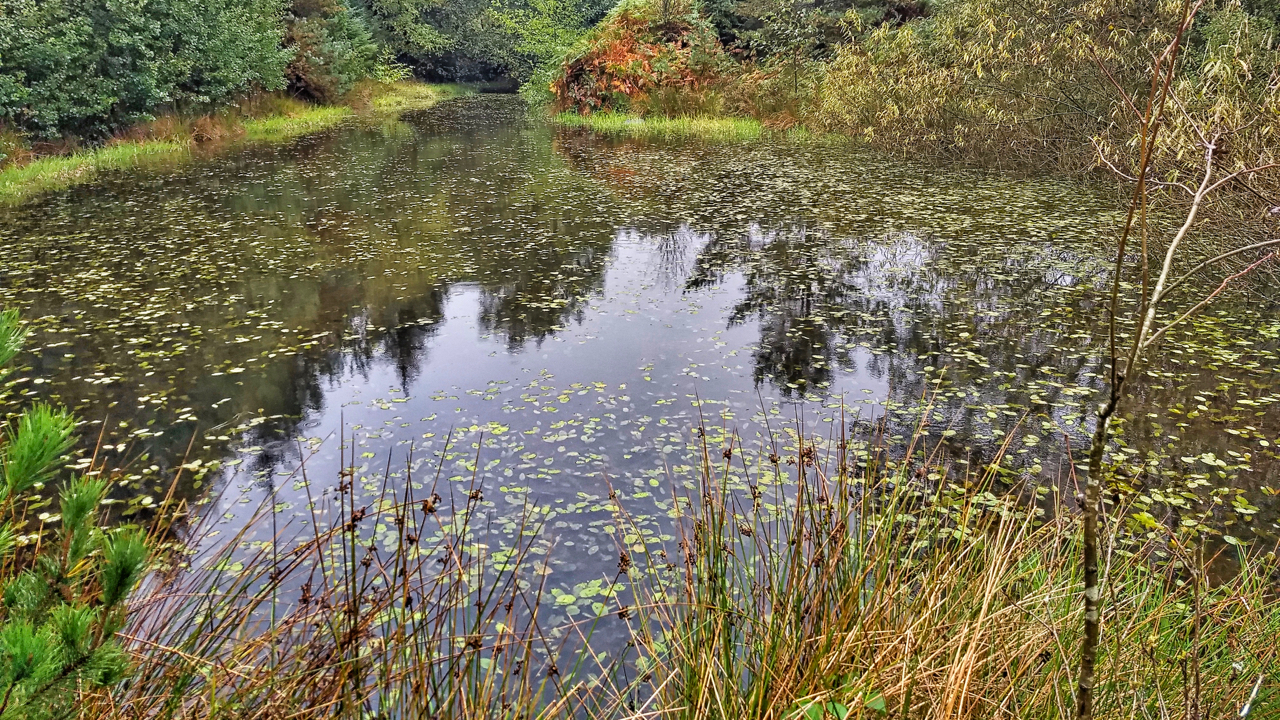 The first time I orienteered in Sneaton the map was called Maybeck, the spruce trees were impenetrable and any excursion was a hands and knees job along one of the many ditches. Planted in the 1960s the forest is a commercial forest typical of the North York Moors. Today, 40 years later, the trees have matured, and thinning is taking place. Brashings cover the floor and the waterlogged ground has been ploughed by the tracked vehicles of the forestry contractors. But a pleasant enough run out in the rain.

The finish was next to an old whinstone quarry of the Cleveland Dyke. This intrusion of volcanic magma originated 58 million years ago from a volcano erupted on the Isle of Mull in Scotland. Where ever it outcrops it has been quarried extensively for use as roadstone. Cockfield Fell in County Durham, Preston Park in Stockton-on-Tees, Cliff Rigg in Great Ayton, Grosmont and Egton. Part of the quarry has been dammed up to create a pond.

Elgee maintains that these eastern moors such as Sneaton are wetter than those on the West even though the rainfall is actually less. Apparently, the shales beneath the peat are more clayey alternating with thin layers of sandstone. Rainwater struggles to percolate through these strata and stays on the surface.
 Open Space Web-Map builder Code