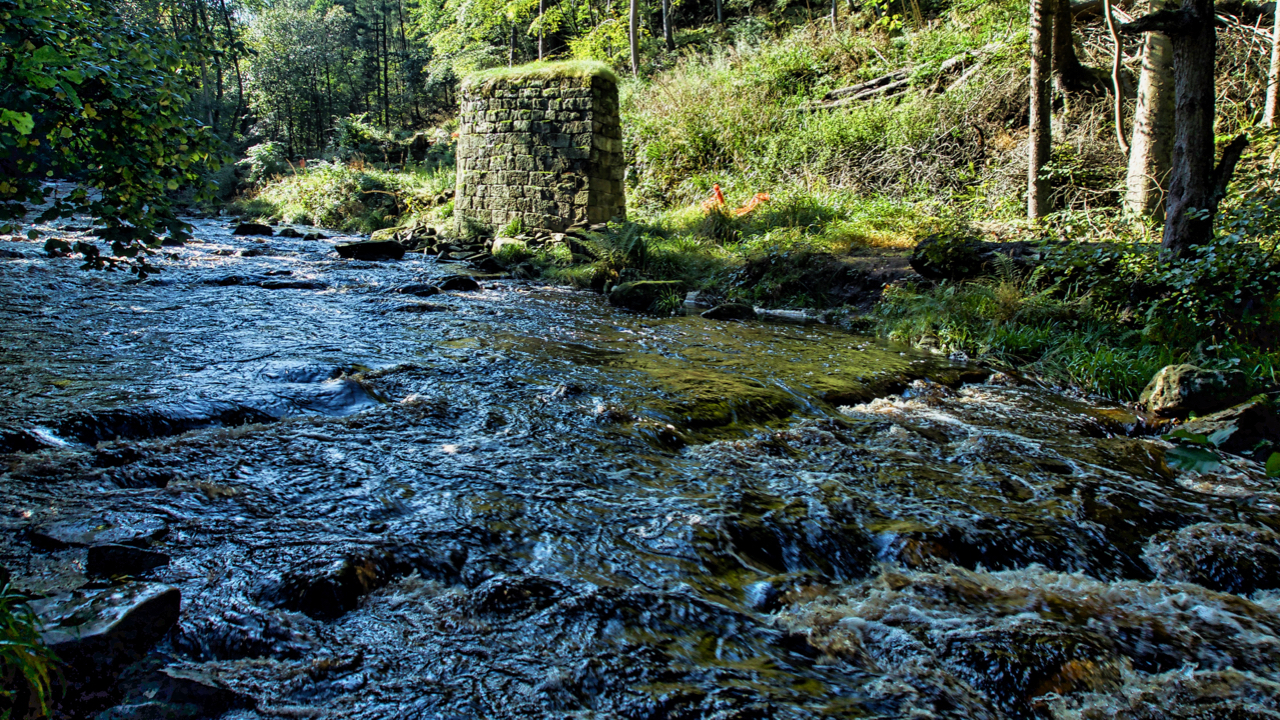 Exploring the excavations of the 19th-century ironstone mining activities in Combs Wood near Beck Hole. These have been carried out by the Land of Iron project over a three year period. We found them easily enough. Most intriguing was a deep pit thought to have contained a waterwheel with a range of remains above which was apparently a blacksmith and stable. But the most dominant was this bridge abutment for a crossing of the West Beck.

From what I can gather the remains were for a series of drifts higher up west side of the gorge operated by the Whitby Iron Co. between 1858 and 1864. The company also had a drift on the east side on Keld Scar. Ore from all these drifts was calcined or burnt prior to smelting at the company’s two blast furnaces at Beck Hole. The calcining was carried out in a field on the east of West Beck. From there a tramway took the reduced ore to the blast furnaces which had to cross the beck twice. The abutment in the photo was for the first of these crossings.

The Whitby Iron Company had big hopes when they opened the mines and built the two blast furnaces but the ore turned out to be poor quality, low in iron and high in silica. No iron was actually produced until 1860 and later in that year, one of the furnaces cracked. The following year later it was put up for sale but no buyer was found and the company struggled on until 1864 when a landslip blocked the mine. There was an unsuccessful attempt to reopen the mine three years later.

The archaeological excavations have raised some questions as to why a wheel pit, blacksmiths and stables were actually needed in that location. One possible suggestion is that it was a sawmill. There is a 3D sketch available of the blacksmith’s forge.
 Open Space Web-Map builder Code