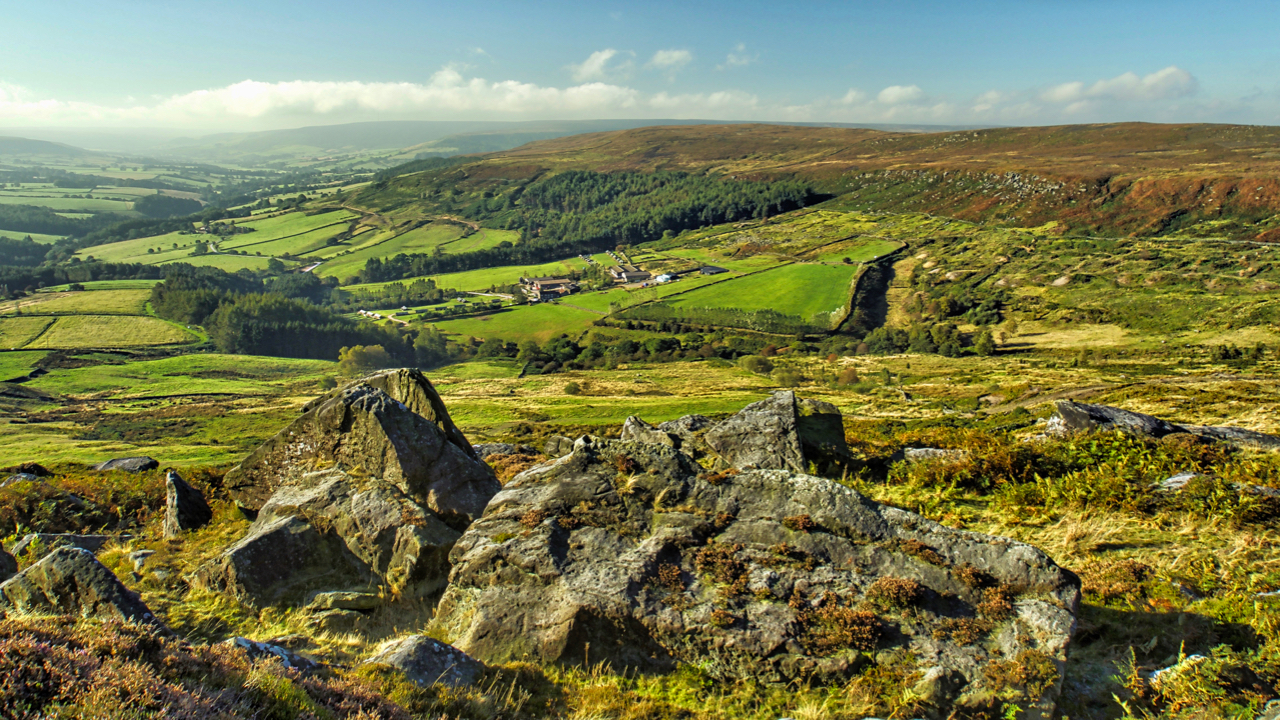 A view down Garfit Gap and into Bilsdale. The farm in the centre is Whingroves, which seems to have diversified into an industrial pheasant rearing farm. In 1896 though it would have been a typical North York Moors dales mixed farm, run by Issac Garbutt, a family name that has been recorded in the Bilsdale parish registers since the 16th-century. In that year Issac’s wife, Mary, gave birth to a baby boy, christened John William, but who became known as Jack. It was a big family living at Whingroves, Issac and Mary had 12 children in all. I have no doubt that Jack and his siblings would have scrambled amongst these tumbled boulders of the Wainstones when they were not helping their father on the farm.

But childhood was short at the end of the 19th-century. Jack began work young as an agricultural labourer. It was hard work, insecure and seasonal. He started a career as a policeman but the First World War intervened and Jack volunteered for the Royal Field Artillery. He was just 18. For four years Jack suffered the hardships of war on the Western Front and on 21st March 1918, when the Germans began their Spring Offensive, (Kaiserschlacht) in a last-ditch attempt to change the direction of the war, Jack was escorting an ammunition wagon at Epehy, east of Amiens, which soon came under heavy shell fire. On that day 7,485 British soldiers died of which only 978 have a known grave. Jack’s body was one of those never recovered and he is one of the 14 Bilsdale men who lost their lives in the Great War.

One Reply to “The Bilsdale Bombardier”