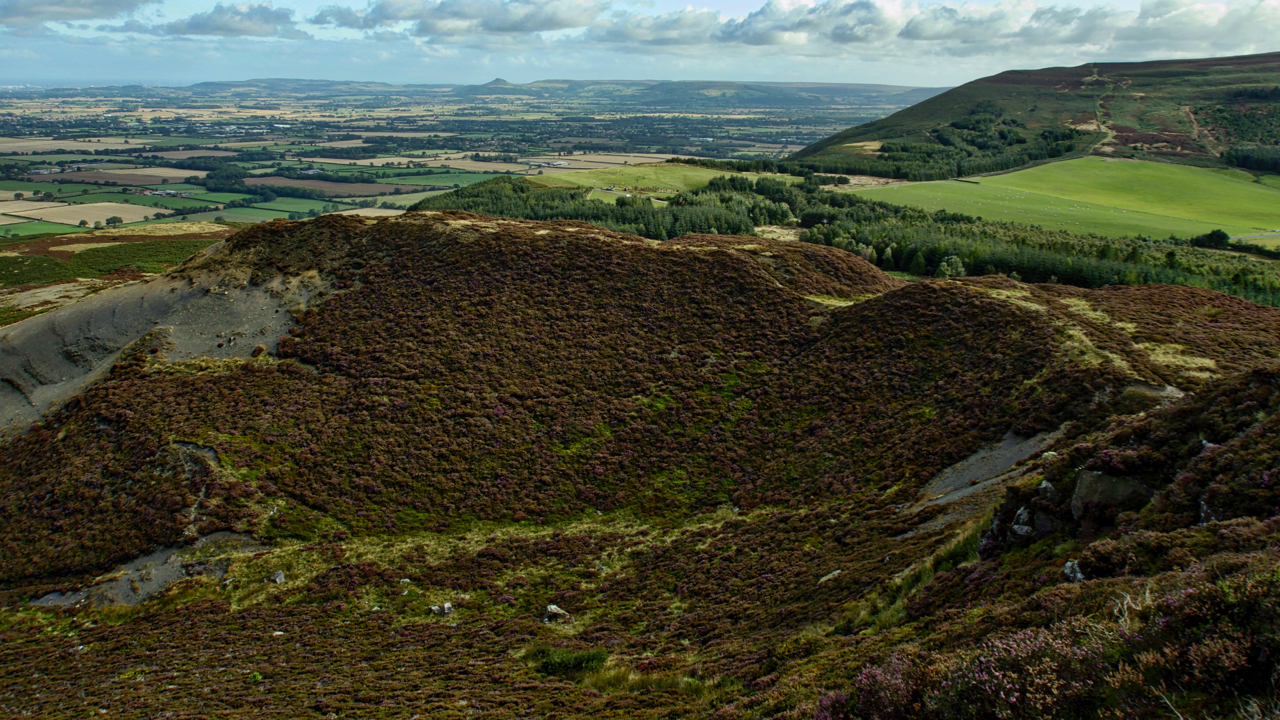 It is hard to imagine that 150 years ago this would have been a scene of intense industrial activity. For over a century there had been quarrying of the Jurassic shales needed in the production of alum crystals for use as a mordant in the dyeing of textiles and as a tanning curing agent.

Alum is a double salt of aluminium sulphate and either ammonium or potassium sulphate. Its importance was recognised by the Egyptians were known to have used it. Pliny the Elder, the Roman author, referred to it in his writings but because the chemical process wasn’t understood the manufacture of alum was surrounded by mystery and intrigue. It is made by first roasting the shales slowly over many months. The residue is then seeped in water in which the aluminium sulphate dissolves. Next, an alkali is added, traditionally stale urine, this forms the double sulphate which is left to crystallise. The densities of the liquors at each stage of production needed to be precise and their corrosive nature all led to a long and laborious process.

Up until Tudor times the supply of alum was in Papal control but with the Dissolution of the Monasteries by Henry VIII, an English source was needed. Slowly by trial and error and the bringing in of experienced Dutch and German workers the trade secrets were revealed. By the early 19c, the chemical process was understood which lead to the chemical synthesising of alum and the closure of the quarries.
 Open Space Web-Map builder Code