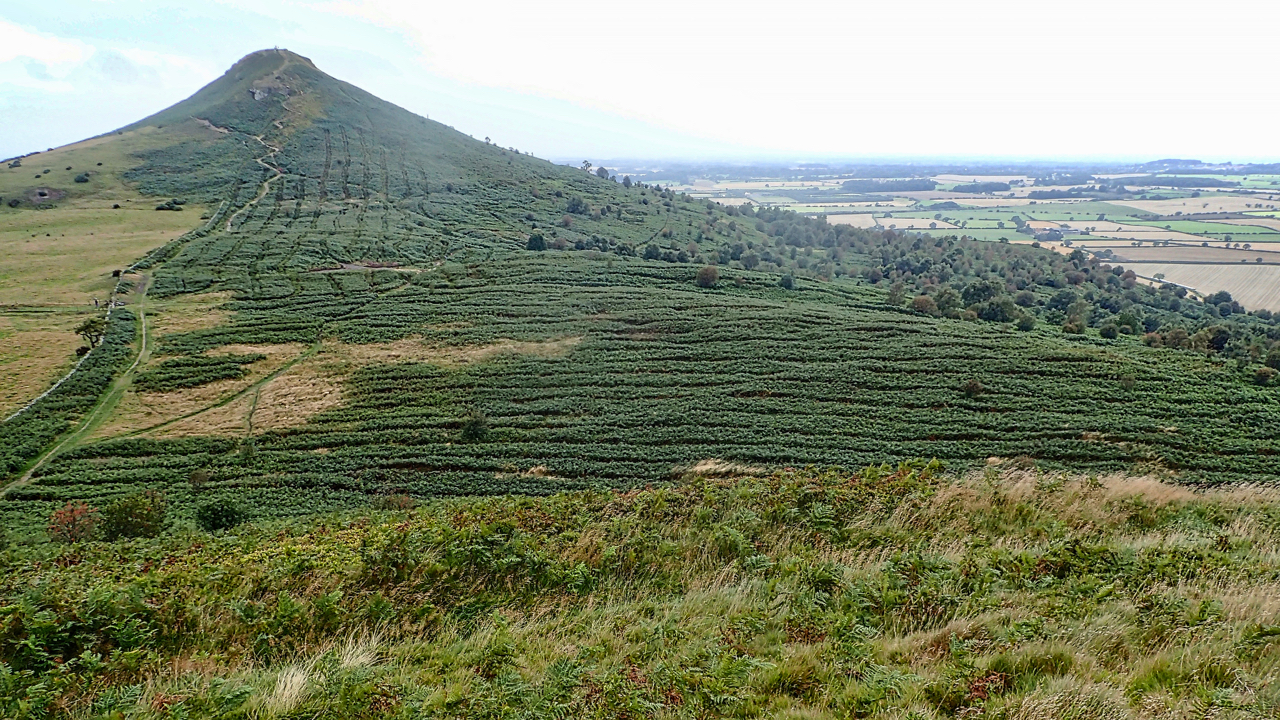 Roseberry looks different. Striped by quad bike tracks spraying the bracken that infests the Common. Bracken is found worldwide and in Britain, it is particularly invasive especially on the acidic soils of our moorlands. It’s always been with us, a pioneer plant quickly establishing itself as prehistoric man cleared the ancient woodland. But bracken remained a marginal plant by the constant grazing and trampling down by cattle. Fronds were cut and stored for use as winter bedding. However, bracken is not used for fodder, in fact, it is actually avoided by sheep and cattle as well as rabbits, its rhizomes contain poisonous cyanide salts and are carcinogenic.

But in the 20th-century farming practices changed. Less hardy cattle became the norm which needed the lusher pasture of the lowlands. Sheep alone were not heavy enough to trample the shoots and bracken was no longer harvested for bedding. So the bracken became dominant, smothering the regeneration of grasses and other plants under its canopy.

Small areas of bracken can be effectively controlled by cutting or breaking the young fronds in May/June which has to be repeated annually for five years or so. This is mimicking the effect of trampling by cattle. For larger areas and areas on steep slopes, it is permissible to use a chemical herbicide called Asulox, specifically developed about 40 years ago for bracken. Its use is strictly controlled and is really a last resort. The long term plan is to reintroduce grazing on the common by hardy breeds of cattle.
 Open Space Web-Map builder Code