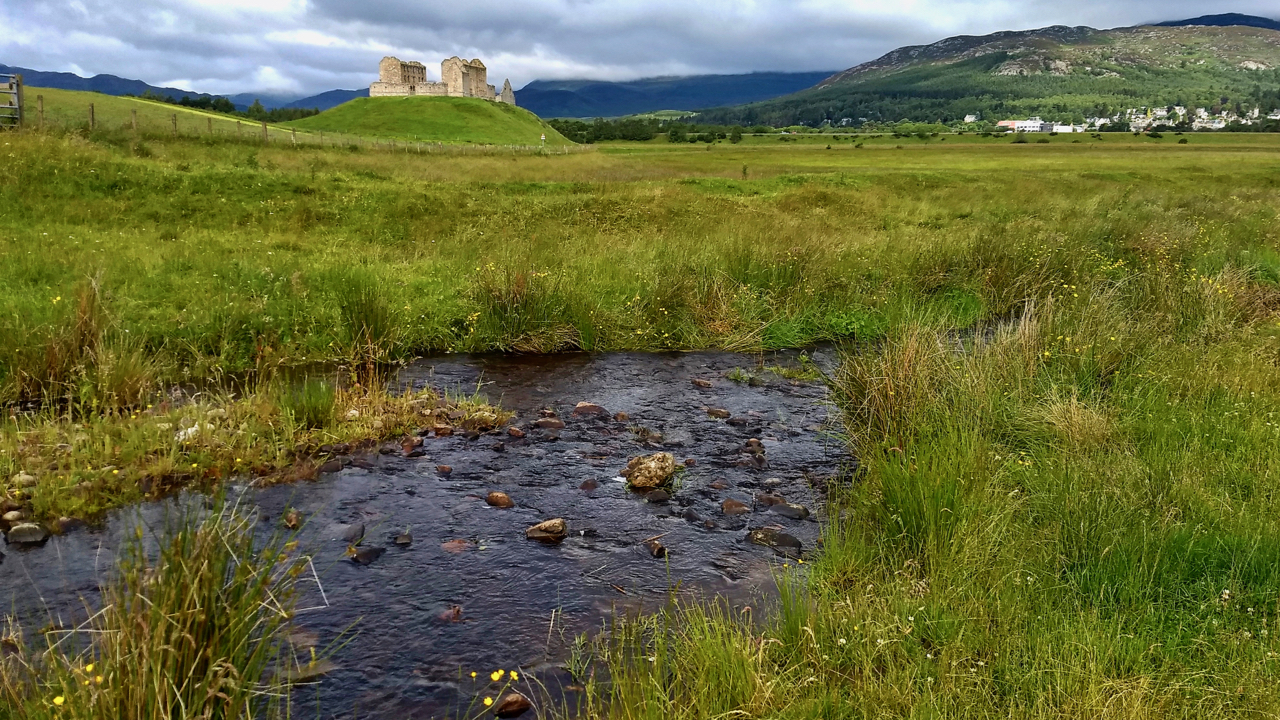 The history of this 18th-century garrison for Hanoverian troops is well documented. What is not so well known (or at least what I learnt yesterday) is that a stronghold is first documented as being built on the site in the early 1200s, its strategic position recognised as the lowest fordable crossing of the River Spey and at the meeting of several routes over the mountains: Fort Augustus via the Corrieyalrack Pass, Inverness via the Slochd Pass, Braemar via the Larig Ghru and Blair Atholl via Glen Tromie and the Minigaig and Gaick passes.

The castle Walter Comyn, Lord of Badenoch built in 1229 was of timber and earth. He choose the easily defendable natural mound of sand and gravel left by the retreating glaciers and moulded by the changing course of the Spey. It may have already been the site of earlier strongholds. By the late 1500s, a stone castle had been built and the garrison barracks in 1719 to police the Highlands. It fell to the Jacobites during the ’45 uprising.
 Open Space Web-Map builder Code