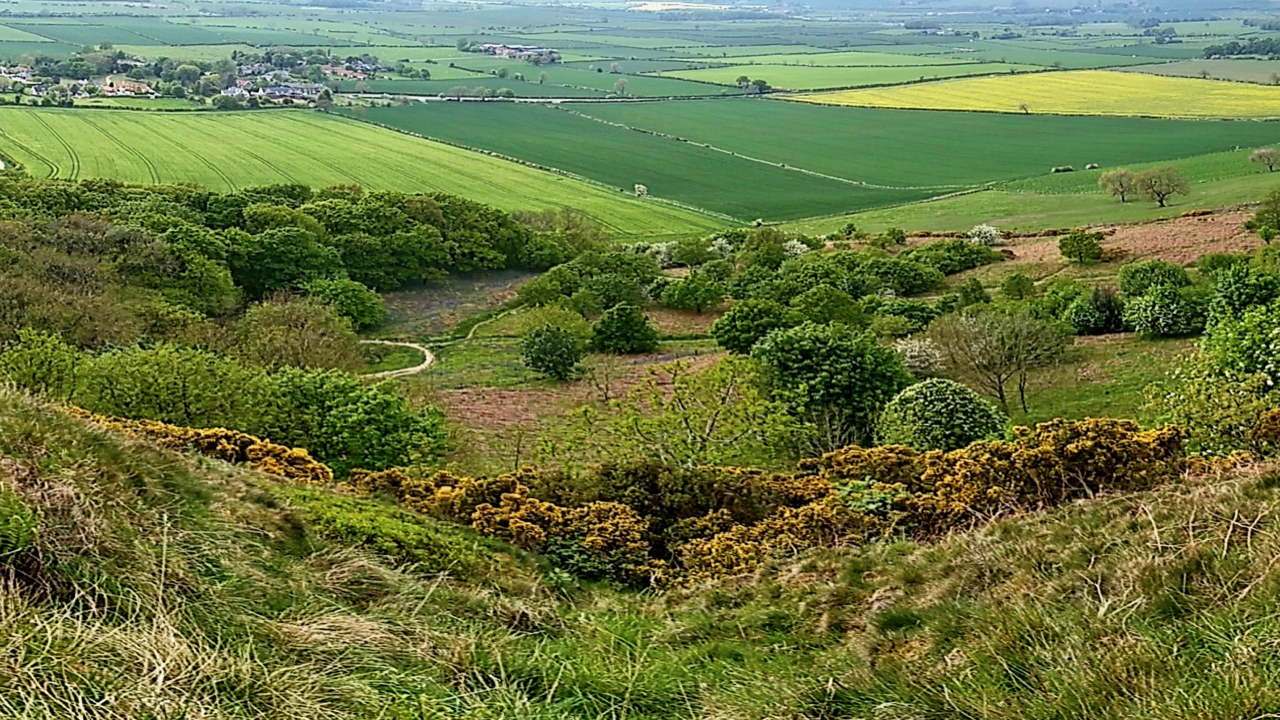 There was a man out, a stranger to me, on a roan horse; I think he came out from Middlesbrough. I was hurrying down Roseberry by a steep track called Cat Trod and saw this man’s horse run away with him high up on the hill and take him at racing pace down the mountain to the precipitous escarpment below, called Cockle Scar.

Over the cliff, they went. The first twenty feet was a fall in the air. The man and horse parted at the first bump, then both rolled and somersaulted, over and over, to the bottom of the Scar, and the horse rolled over the lower slopes beyond the cliff bottom. I was certain they were both killed, but to my amazement, the man got on to his feet and went down to his horse.

As I got to them the horse, too, got on to his legs.

He had not a broken bone, though he had scores of cuts and scratches and had more hair scraped off him than left on. The man said he was “ All right,” so I continued the chase. I never saw either out again, and if a cropper could knock the love of hunting out of a man that one should have done the trick. It was the most extraordinary escape from death I ever saw, and really an awful thing to look on at.

So recollected Sir Alfred Pease in “Half a Century of Sport” in 1932, a book of his reminiscences featuring a good deal of hunting. Interesting he refers to the steep path up the front of the hill as “Cat Trod”.

I am standing looking down the route of a long forgotten Public Footpath down Cockle Scar, still shown on the O.S. map but now impenetrable by gorse growth. I remember using it both up and down in the 70s when running in a race up the Topping and back, the direct route being considered the fastest. That would have been organised by the Cleveland Mountaineering Club and before the steps and diagonal path were created. The current Roseberry Race was inaugurated in 1980 by Mandale Athletic Club under AAA rules with the late Dave Parry often referring to a 1952 newspaper report of a race to the summit from Newton-under-Roseberry village making it one of the oldest races in the region. In the 1960s Middlesbrough and Cleveland Harriers had organised an annual race up Cleveland’s iconic landmark.

This year’s Roseberry Race is due to take place on 27th August. Only a fool would try to use this route but many runners will use a just as steep chute 50 metres or so to the west. It is remarkable that the records for this race date to the early 1990s, over 25 years ago. The mens was set in 1992 by Robin Bergstrand in a time of 10 mins 20 secs with the ladies by Gilly Hale in 1990 in 13 minutes 36 seconds.
 Open Space Web-Map builder Code