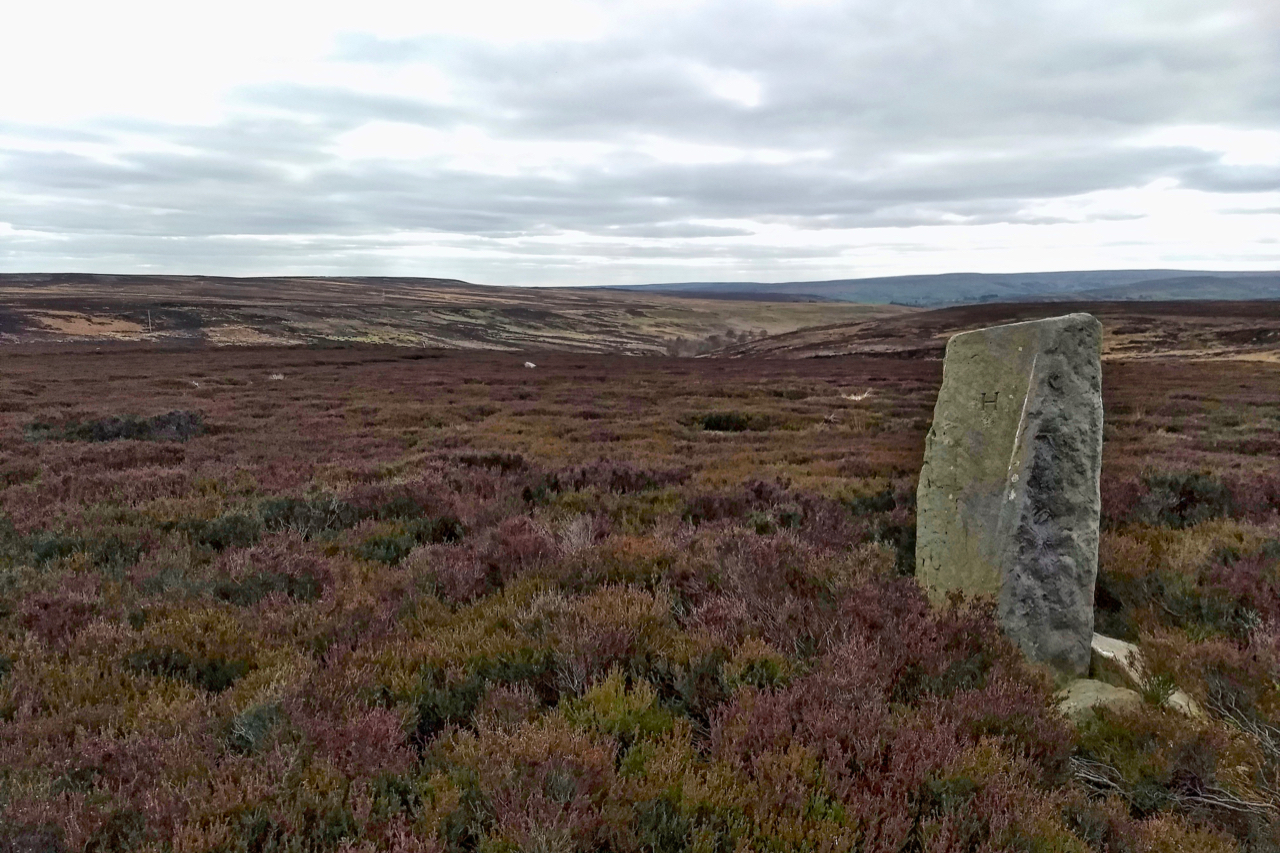 In 1716 the Lord of the Manor of Gisborough, Edward Chaloner, ‘perambulated’ around the boundaries of his manor. This annual custom was carried out throughout the country often on Ascension Day and is often known as Beating the bounds. Before the days of modern surveying, it was an important way of reinforcing the parish boundaries. The Guisborough one is recorded as the ‘Boundary Perambulation 1716‘:

Guisbrough Boundaries ridden upon the second day of May 1716 Edward Chaloner Esq Lord of the Manor present nigh 200 persons foot and Horse:

Note that Edward rode and was accompanied by 200 people. Quite a retinue.

So today I followed part of Edward’s perambulation from Tod Howe to Hob on the Hill across Skeldewskew Moor (actually in reverse to the description above). Boundary stones aplenty, every 50 metres or so. I think this one is mapped as the Havelock Stone which presumably accounts for the ‘H’ inscription. On the other side is ‘RC’, likely Robert Chaloner, Edward’s four times great-grandson who died in 1855. Other stones are inscribed ‘TC 1878’; that would be Thomas Chaloner, Robert’s brother, who succeeded to the estate and title after Robert died without issue.

So who was Havelock? I haven’t found any mentions except perhaps a George Havelock, a Guisborough clockmaker, 1700-30. Think grandfather clocks. But this family seems to have fallen on hard times for a century later Havelocks were applying for poor relief for clothing and to emigrate.
 Open Space Web-Map builder Code