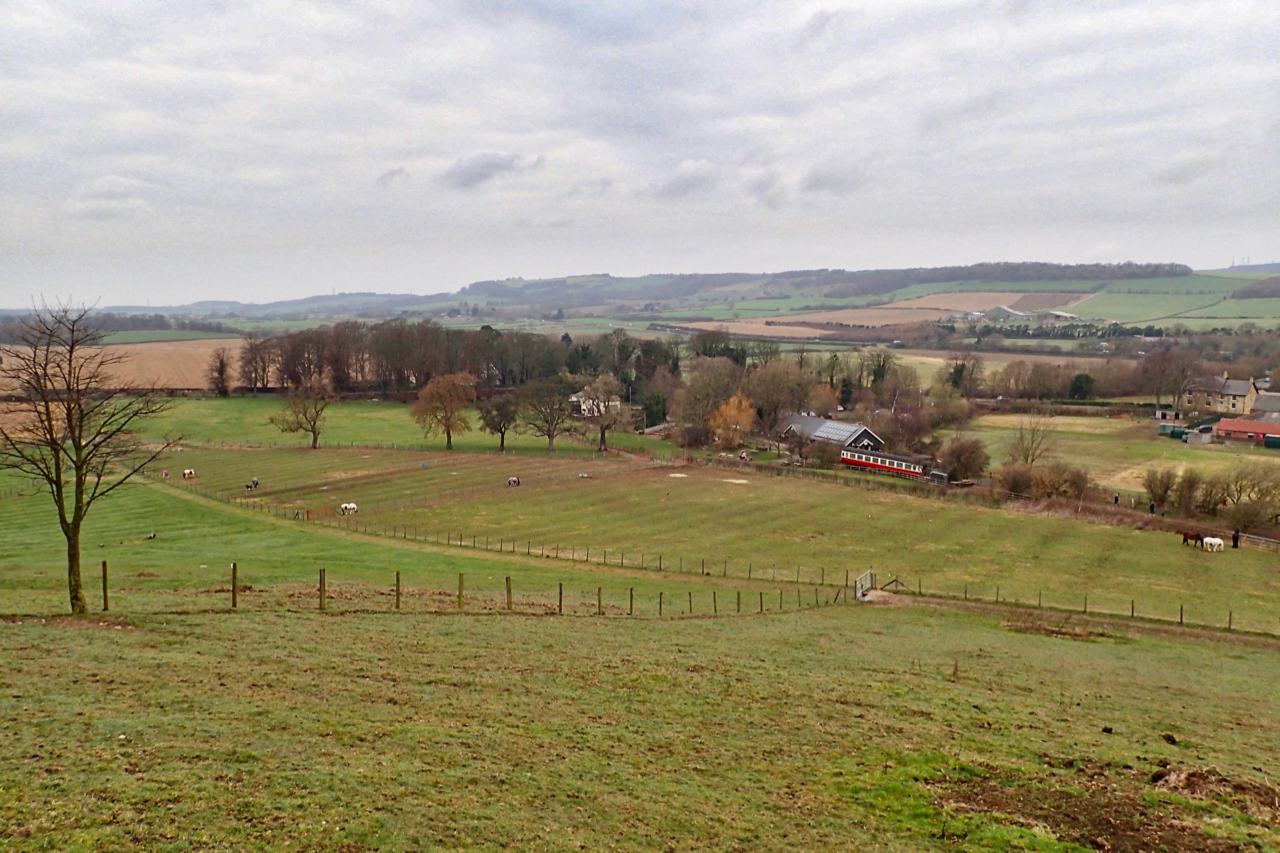 I cycled the route of the old Middlesbrough and Guisborough Railway towards Nunthorpe in the hope of a nice photo of Roseberry from an unfamiliar angle but the dull weather dashed that idea. It was an out and back route along a well-maintained walkway. At the far end, a six-foot-high fence prevented all chance of crossing the existing railway for easy access into Nunthorpe. This seems such a shame. There have been recent suggestions of reopening the railway but I think that the idea would really be a non-starter. However a crossing of the Esk Valley railway must surely be feasible. There are only ten trains per day and as the railway is on a bend at this point their speed is restricted. Surely not beyond the ingenuity of man to devise a scheme to satisfy any Health and Safety concerns. Linking up with the station at Nunthorpe would be a tremendous asset for commuting into Middlesbrough. The Visitors Centre at Pinchinthorpe is on the site of the old station.

The real reason for my cycle along the old railway was that 55 years ago today the last passenger train left Guisborough although freight continued for another year. The railway was one of the many casualties of Dr Beeching’s drastic cuts. It had been opened in 1854 to provide Joseph Pease‘s ironstone mines at Hutton Lowcross with a railway link to the foundries in Middlesbrough. Passenger travel from Guisborough was not at the time a consideration and it was only after the intervention of Lord Gisborough that the railway was extended to Guisborough.

Actually, the last train from Guisborough departed on 29 February 1964 at 6:10 pm but as it was a leap year, as far as I am concerned it is 55 years ago today.
 Open Space Web-Map builder Code