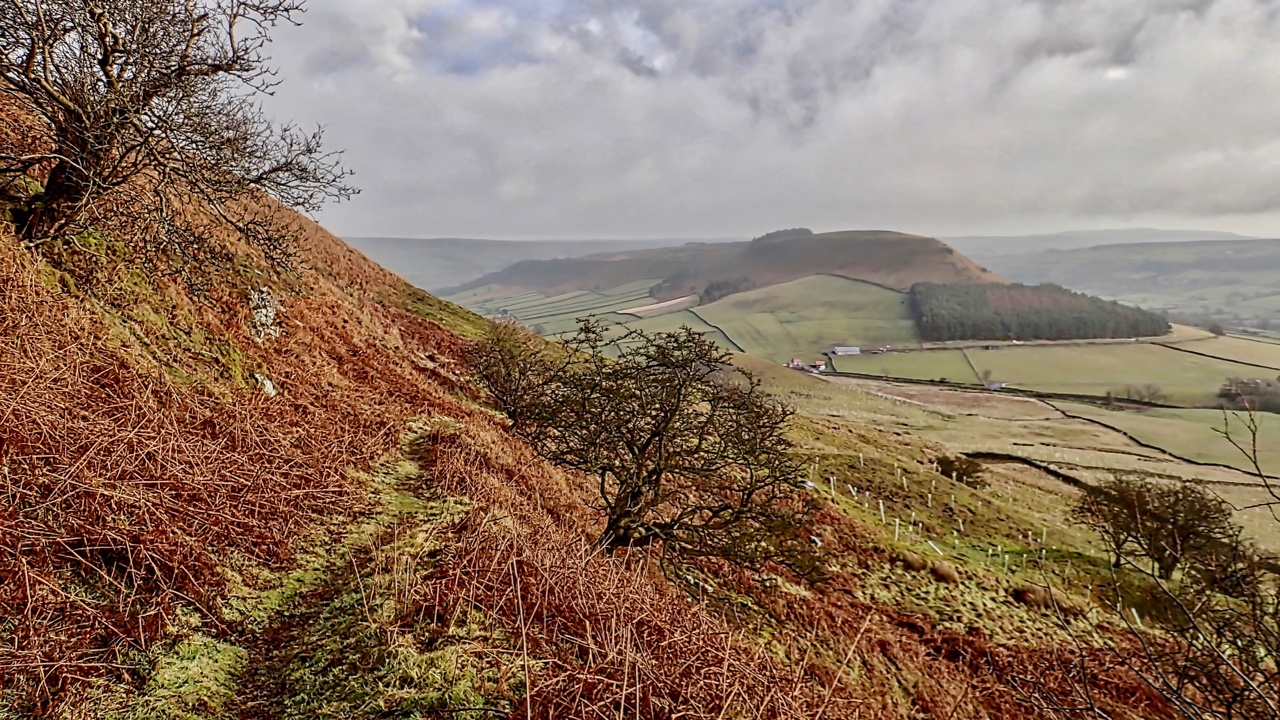 The whaleback hill separating the twin dales of Great Fryup and Little Fryup. This bridleway, up on to Danby Rigg will be almost impassable by the bracken by the height of the summer.

The two dales are drained by becks of the same names and both are tributaries of the River Esk which flows into the North Sea at Whitby. On the cliffs looking down on the river are the ruins of Whitby Abbey. In the seventh century, the abbey was known as Streonæshalch and had been founded in 657 AD with Hilda as the Abbess. It was a double monastery, that is it contained both nuns and monks but living in separate buildings and only coming together for prayers. Monasteries were self-contained communities needing an army of workers to look after the needs of the nuns and monks. One such herdsman at Streonæshalch was Cædmon who discovered late in life that he could dream of poems “of much sweetness and humility”. When the Abbess heard about Cædmon’s gift she encouraged him to become a lay monk. He became a renowned poet although only nine lines of his works survive, Cædmon’s Hymn.

Later Cædmon received a premonition of his death. He asked to be moved to the abbey’s hospice where he received the Holy Eucharist and shortly thereafter he did indeed die. It is said Cædmon died like a saint and although there is no account of his canonization he is often referred to as St. Cædmon by the Catholic Church and celebrated with a feast day, today, 11th February.
 Open Space Web-Map builder Code

3 Replies to “The Heads”