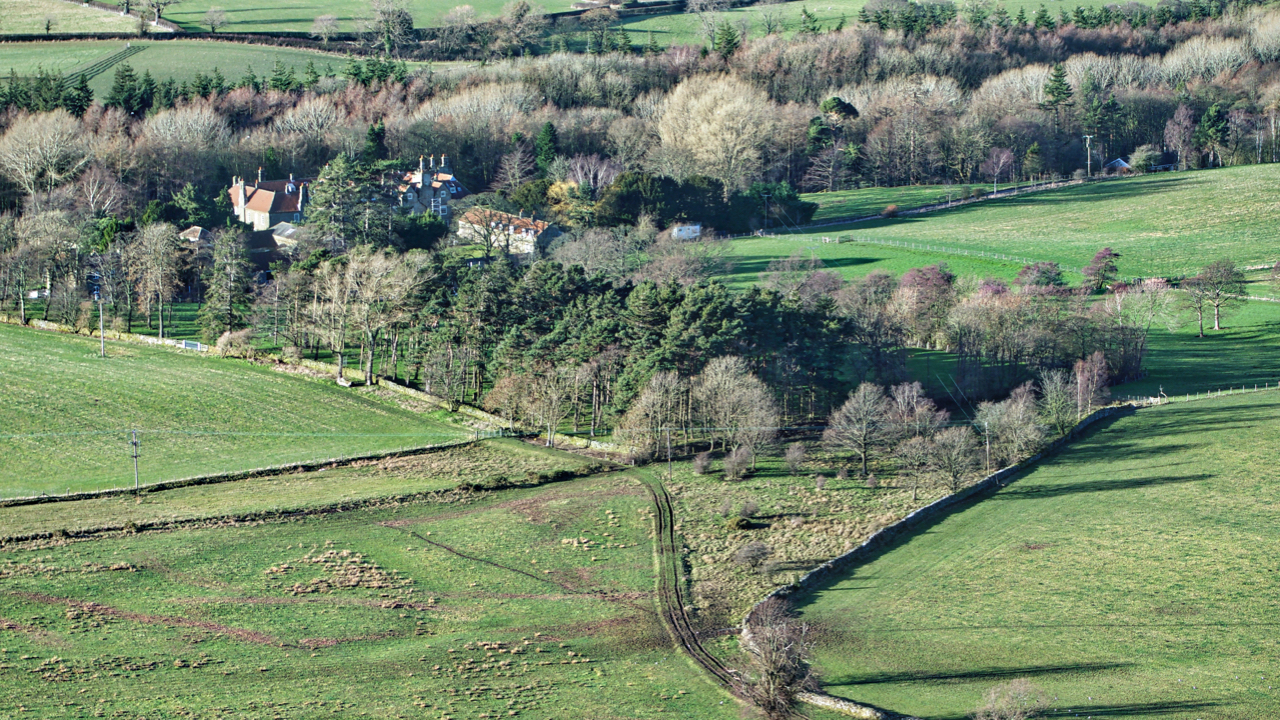 Quite a rare site. Seen from Turkey Nab, Ingleby Manor, basking in the winter sun, but come the summer this Grade II* listed house will be hidden by trees. The architectural historian Nikolaus Pevsner describes it as “an interesting building, though much pulled about”. Parts date to its original construction in around 1580, when it was in the ownership of the Eure family. In 1608 Ralph, Lord Eure sold the estate to Sir David Foulis in whose family it remained until the middle of the 19th-century, making substantial alterations including a designed landscape with an avenue of lime trees, terraces, garden features and water gardens. Foulis was in 1620 created a Baronet, a heritable title. In 1845 the 8th Baronet, Sir William Foulis, died leaving the estate to his only daughter, Mary, who later married Phillip Sidney, 2nd Lord d’Isle and Dudley. Hence the origin of the name of the village pub, the Dudley Arms.
 Open Space Web-Map builder Code