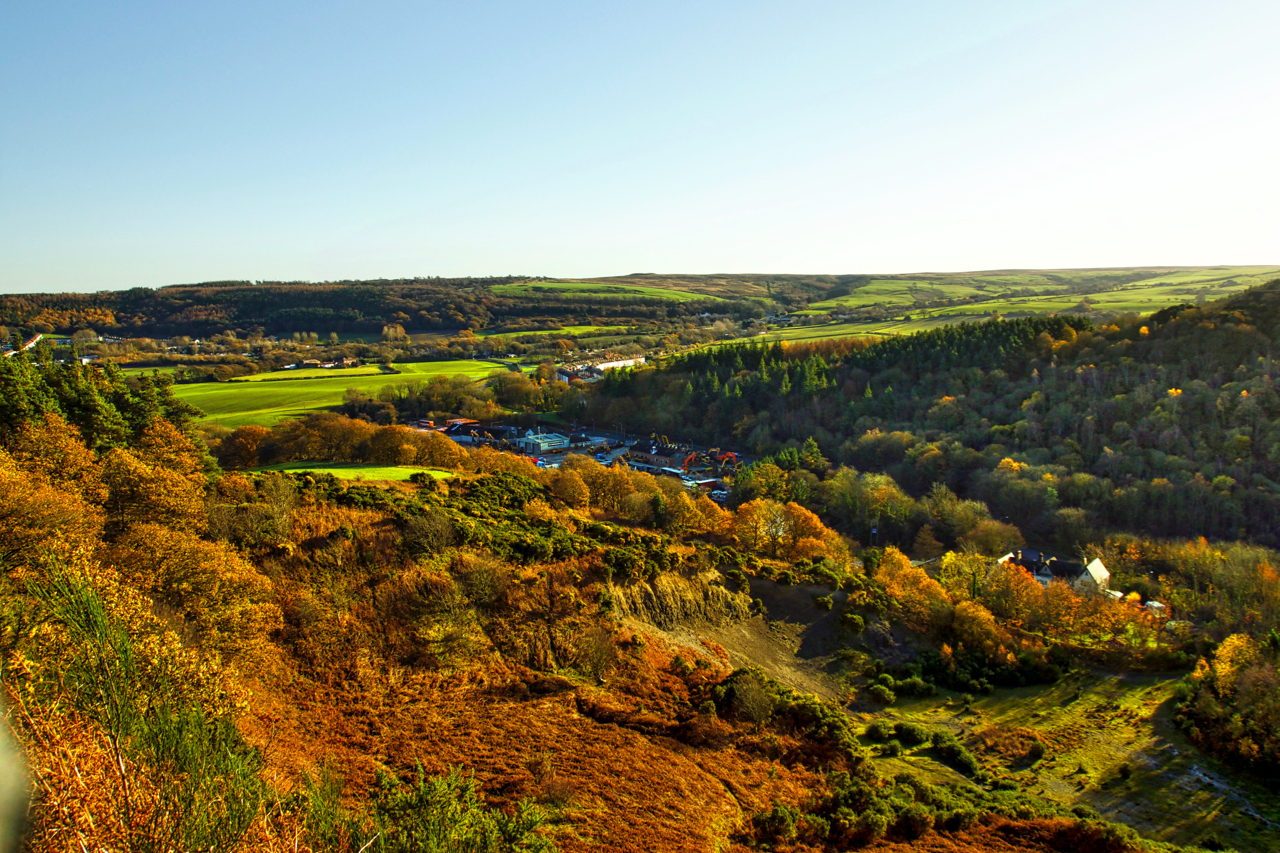 Another fine day in the Cleveland Hills. This is the view that will greet walkers on the Cleveland Way as they begin the steep descend around the huge bowl of Alum Rock Quarry into Slapewath. It could be said that here was the start of Teesside chemical industry for at the turn of the 17th-century alum was first quarried. Alum shales, laid down 186 million years ago in a warm tropical sea, was burnt and treated with potash, obtained from seaweed or urine, to produce potassium and ammonium and sulphate salts. The finished product was principally used as a mordant in the tanning industry. The chemical had been known since antiquity but by the Elizabethan era, its production was controlled by a papal monopoly with the actual process being a closely guarded secret. Sir Thomas Chaloner after a visit to the Papal Alum Works in Italy, where he noticed rocks similar to on his lands in Guisborough, began to experiment with a view to copying the process. He is said to have bribed two workers to come with him to England for which he was excommunicated by the Pope. But despite the intrigue the secret still eluded him. The alum had to be crystallised from the liquor which had to a specific density. Too low or too high and the crystals would be impure. It turned out the secret was an egg, an ordinary chicken’s egg, which began to float just at the right density when the pure alum crystals formed. It would make a good film script. The quarry continued off and on for 200 years until a method of synthesising alum chemically was discovered.
 Open Space Web-Map builder Code

One Reply to “Alum Rock Quarry”