A sprinkling of fresh snow coated the summit this morning and judging by the absence of footprints I was the first.

It’s quite a rarity nowadays to have the summit to myself. Even at night head-torches can frequently be seen.

Besides the 1950s trig point, two pieces of modernity adorn the summit. Both can be seen in today’s main image.

On the left, is an iron bar with a hole at the top and set into the rock. It was used to secure the giant bonfire erected to celebrate the coronation of King Edward VII in 1902.

The second piece is a rusty fence post about 42 inches high, also set into the rock. At one time a fence protected tourists from the crags. 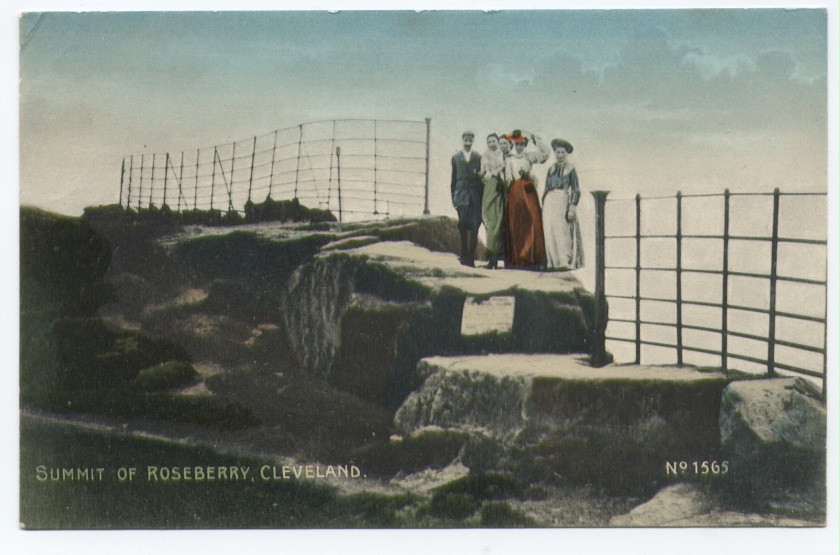 This postcard shows the fencing in place. It was probably pulled down during the rock collapse in 1912.

The coronation post can also be seen to the left of the group of people. As the coronation photo doesn’t show the fence, we can say it was erected sometime between 1902 and 1912.

There are more pieces of iron railings buried in the bracken lower down towards the col.

Notice something odd about the postcard?

Compared to the 42″ fence post, the people seem somewhat Lilliputian and the lady on the right appears precariously balanced on the crag edge.

Clearly an early example of photoshopping.