A strange feature to come across in the middle of a grouse moor.

What appear to be two tracks, coming together at an angle of precisely 60°.

The left hand track is about 27 yards long, and meets another track from the right. Again the angle is 60°. 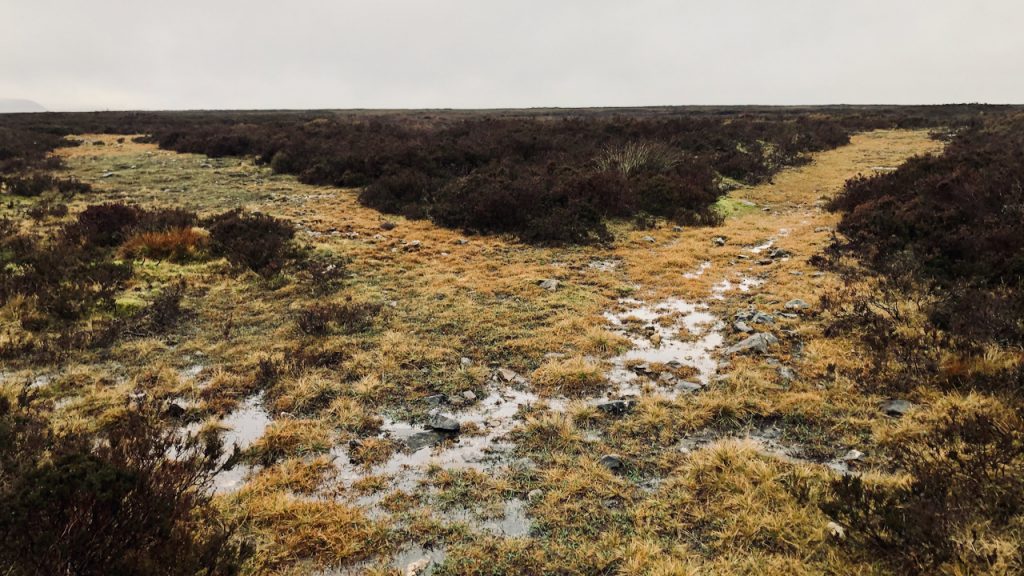 Once more, the left hand track is about 27 yards long, and meets another track from the right. Again the angle is 60°. 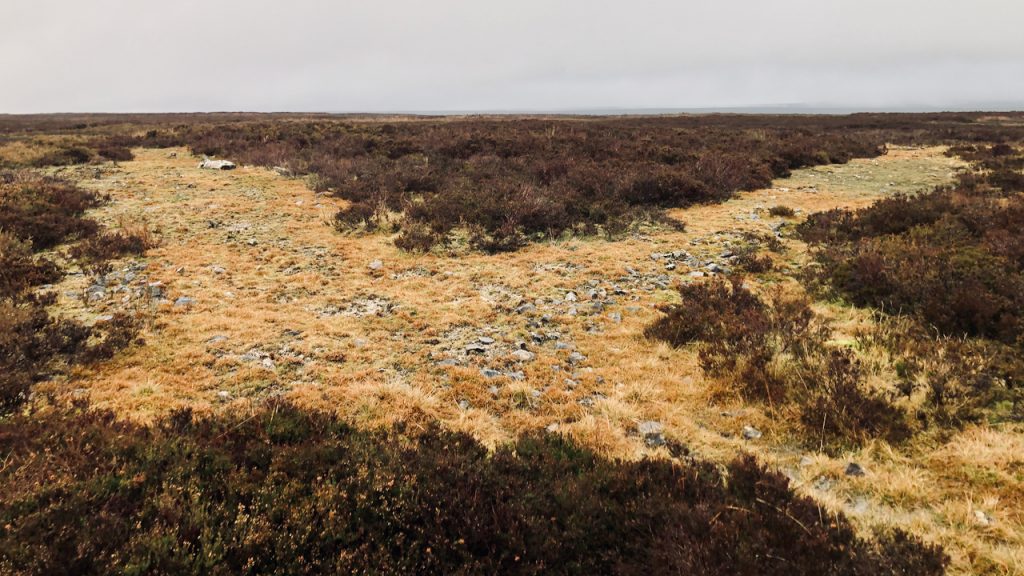 Continuing clockwise I return to my starting point.

Three sides, each about 27 metres with internal angles of 60°. A perfect isosceles triangle.

A quick look at Google Earth gives an overview.

A clue perhaps is revealed by a brick and concrete structure some 100 yards to the north. 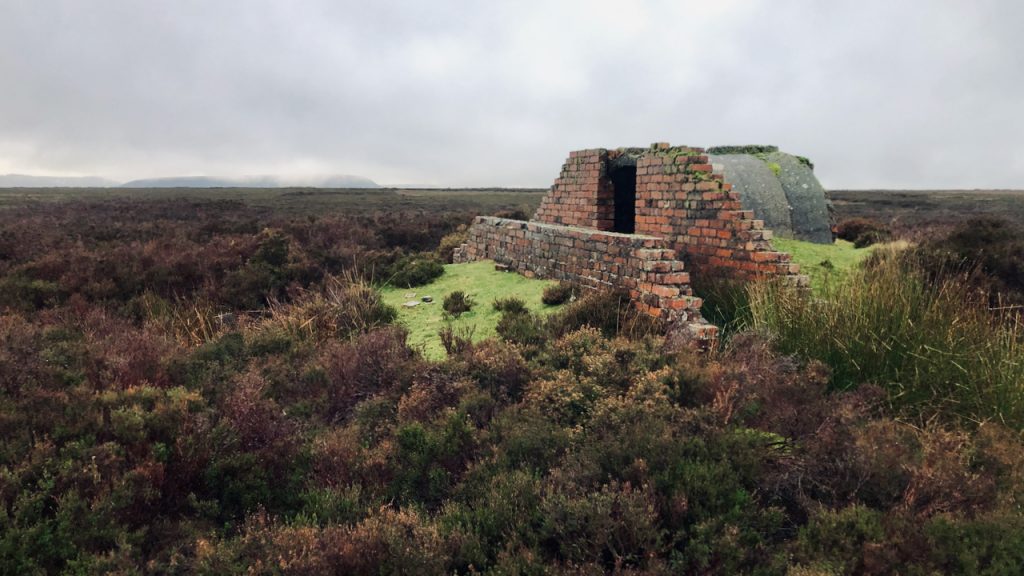 The target would have been painted yellow and lit up at night with lamps. I assume dummy bombs would have been used, otherwise the observing officers in the bunker seem a bit too close for comfort.

RAF Wombleton opened in October 1943, just north of Nunnington, and was a sub-station of RAF Dalton (Topcliffe). It was the base for 1,200 N.C.O.s, airmen and airwomen, and operated both Halifaxes and Lancasters. The airfield closed in the early 1950s3Ibid.4Otter, Patrick. “Yorkshire Airfields in the Second World War”. Page 78.1998. Countryside Books. ISBN 1 85306 542 0..