A wet day so keeping it close with an exploration of the ironstone mine below Capt. Cook’s Monument. Winter is the best time for viewing the remains, before the brambles and gorse run riot.

The featured image is an overview of the site. It’s been taken from approximately above what would have been one of the two mine entrances into the hillside. The main hauler engine house, see Photo (A) below, can be seen right of centre. Out of shot to the right there was a self acting incline along which loaded tubs were lowered down to the sidings where the ore was transferred to standard gauge railway trucks.

The mine operated between 1908 and 1931 by Pease and Partners which also had the mines at Hutton village. The main heading went straight under Gribdale to exploit the ironstone seams under Great Ayton Moor and connected up with the Hutton workings. 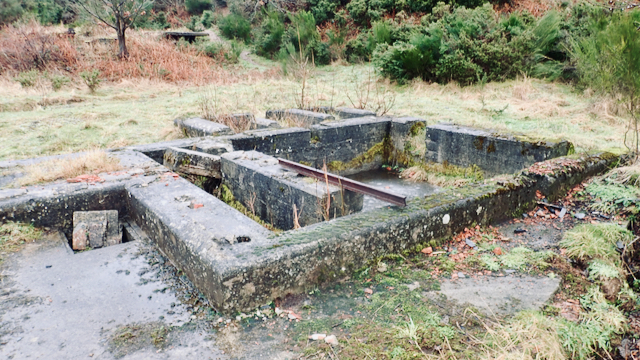 (A) Main hauler engine house: constructed during the mine’s conversion to electricity in 1921.

One Reply to “Monument Mine”