A roughly dressed boundary stone, probably limestone, and inscribed “RY 1752”. This probably stands for Ralph Yoward who became Lord of the Manor of Hutton following the death of his father in 1751.

When Henry VIII dissolved Gisborough Priory in 1539, it was the fourth richest religious house in Yorkshire. The priory land at Hutton became administered by the Hospital of the Savoy in London, which had been founded for the poor and needy by his father, Henry VII. In the late 17th century, the lease was granted to Richard Yoward, a long-established family with major landholdings in Stokesley and Westerdale. 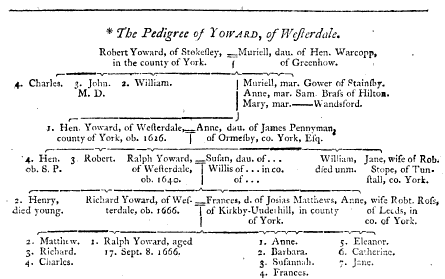 One of the conditions Ralph Yoward had to fulfil when he took over the lease on the death of his father was that he had, within a year and thereafter every seven years, to make a “land terrier” or legal record of the estate precisely describing the “metes and bounds” – an accurate estate map. Presumably, the erection of the boundary stone was part of this process.

As you might have guessed, another warm and humid morning with the North York Moors covered by a duvet of low cloud.