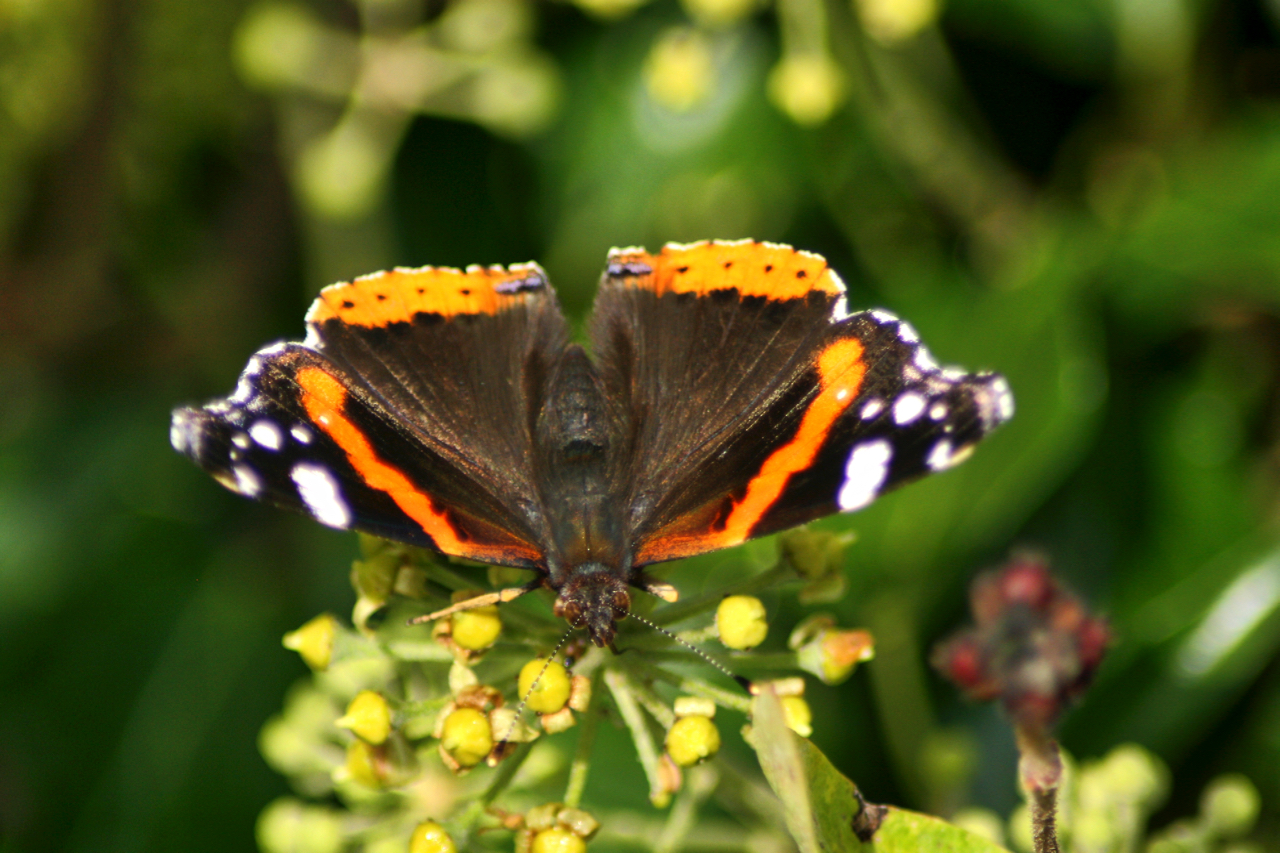 I have’t noticed many butterflies this year. Has there been a shortage? This Red Admiral was fluttering about the ivy flowers on a hedge on Dykes Lane at Gribdale. It’s one of the last butterflies to be seen before winter sets in. Arriving in the spring from the continent nettles are a major food source for its caterpillars.

Over in Ireland, the red admiral was thought to be the devil. Its scientific name is Vanessa atalanta. In Greek mythology Atalanta was left on a mountain as a baby by her father to die but found and raised by a she-bear. She grew up to be a skilled and beautiful huntress.

Atalanta was later reunited with her father, King Iasus, who wanted to marry her off. She showed no interest in marriage but reluctantly agreed to do so only to someone who could beat her in a race. Many tried and all failed, many dying in the attempt. Eventually Hippomenes, with a little bit of advice from the goddess Aphrodite threw golden apples in front of Atalanta whenever she got ahead of him. Atalanta could not resist stopping to gather them so lost the race. Hippomenes and Atalanta were married. But they did not live happily ever after. They upset the god Zeus by making love in one of his temples. So he turned them into lions.