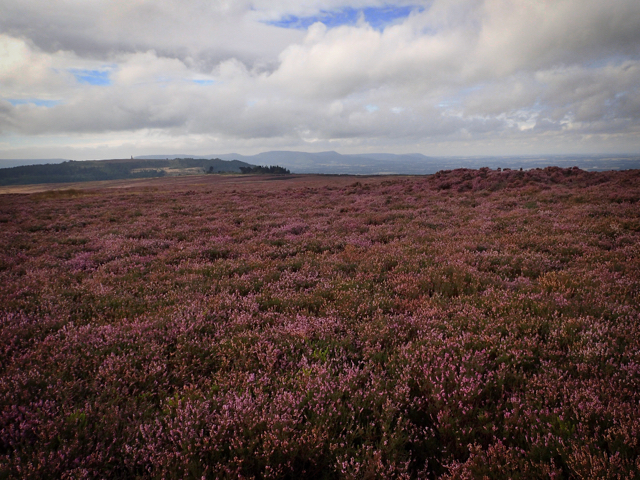 There’s an old adage that is said in all farming communities, from Scotland, to Wales and to Cumbria:

At first it’s hard to see the reasoning. Bracken is allelopathic, it produces toxins in the soil which prevents other plants from germinating. Hardly gold. But the saying actually refers to the underlying fertility of the soil, heather growing on the poorer acidic soils.

But for four weeks of the year the common heather, or ling, produces a blanket of purple. This is Great Ayton Moor with Capt.Cook’s Monument on the left and the Cleveland Hills in the distance.