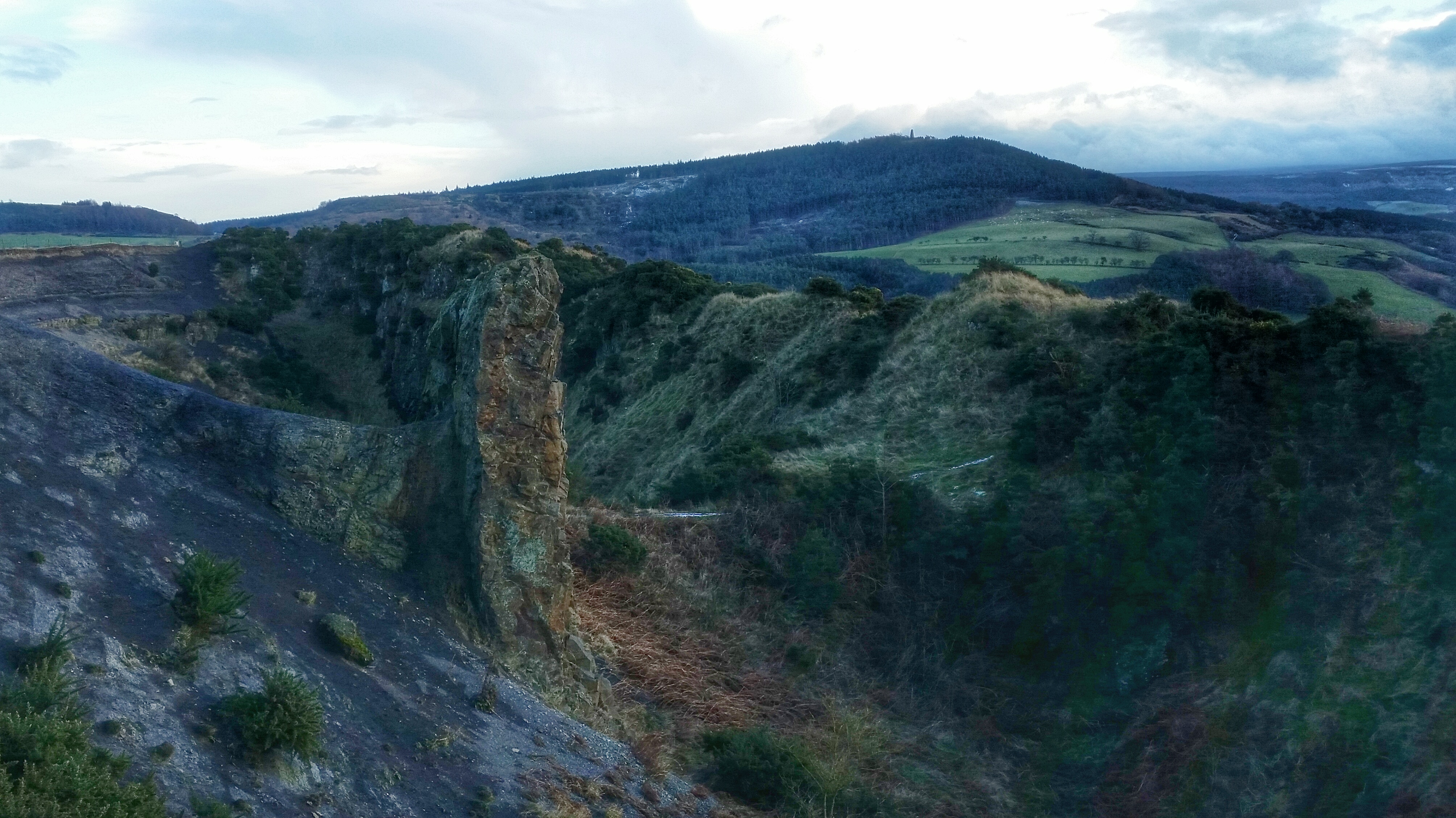 The whinstone seam forming Cleveland Dyke has been extensively quarried and used for paving setts and road making. A narrow strip of the stone called a plug was usually left as shoring to stop the softer shales collapsing. The rock column left of centre is the remains of such a plug.

The Cleveland Dyke is a protrusion of very hard volcanic rock cutting through the surrounding sedimentary rocks. It was formed 58 million years ago from a volcano near the Isle of Mull and can be traced between there and Whitby. Wherever it outcrops it was quarried and used principally for road building. Its common name is Whinstone on account the gorse or whin frequently found growing where the rock outcrops.

Quarrying at Great Ayton was firmly established by the late 17th century. The Cliff Ridge quarry was operated by Messrs. Winn with the whinstone being cut into setts or cobbles for the streets of Leeds. The quarry closed around 1918 but in the seventies further extraction took place with the stone being crushed for road surfacing.

In the distance is Capt. Cook’s Monument on Easby Moor.