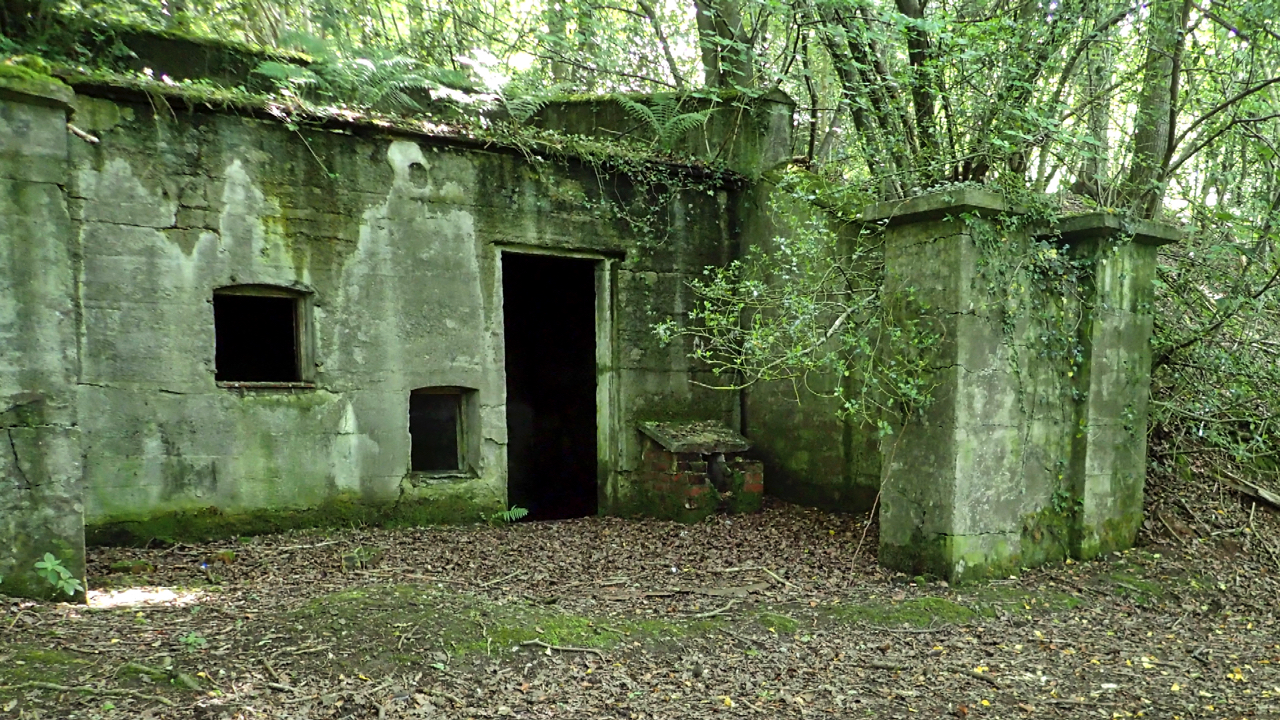 Even in the bright summer sunshine it’s dark beneath the tree canopy of Spawood near Slapewath. The powder house stored black powder, the explosive used in the ironstone mines. To minimise potential damage in the advent of an explosion, the building was substantially made with thick walls buried within the hillside some distance from the mine buildings.

Spawood Mine was leased by the Weardale, Coal and Iron Company from the Gisborough Estate in 1853 along with the Belmont Mine, west along the escarpment. Eleven years were to pass before the first stone was actually gained. But it was ore of low quality which meant the mine underwent a stop start production until closure in 1928. During the Great Depression between  1873 – 96 operations ceased many times for several years at a time. This must have caused much hardship down in the town of Guisborough.

Ironstone mining made such an impact on the town. Between 1851 and 1861 the population doubled. Ten years later 1,600 men and boys were recorded as mine workers and coming from all over Britain: Lincolnshire, East Anglia, Wales, Scotland and Ireland.

The town of Guisborough struggled to cope with this dramatic increase in population. Overcrowding and cheap housing was provided by speculators. There are reports of ashpits having to be emptied by carrying the soil out in baskets through houses. There were several smallpox epidemics. The town itself was well supplied with inns and public houses. Here the miners could forget the poor working conditions and overcrowding but led to the town having a riotous reputation.