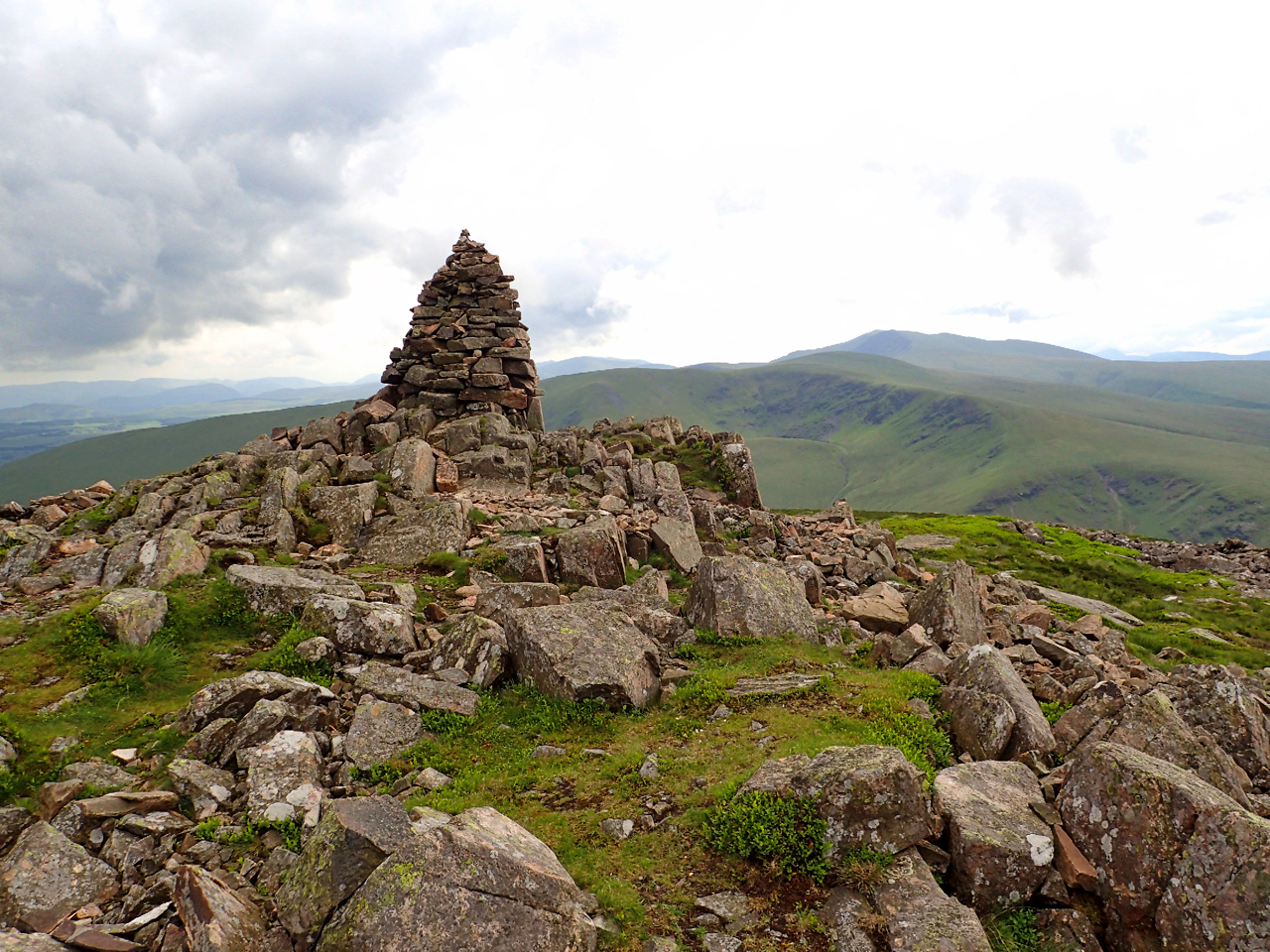 The Northern Fells of the Lake District are composed mainly of Skiddaw Slates but one exception is Carrock Fell where the bedrock is a hard and  grainy igneous rock called gabbro.

I have encountered gabbro before. Just a few days ago on Mull whilst walking through the extinct volcano there. But at between 23 and 66 million years old the Mull gabbro is a young whippersnapper compared to the rock here on Carrock Fell which is over 450 million years old.

Evidence of the fell’s importance to geology students is obvious at a small outcrop near the hillock known as Round Knott where a dozen or so borings one inch in diameter have been taken out of the rock. Either that or it’s the hole of the larvae of the rare rock beetle.

The photo is of the summit cairn. To its right, in the far distance, is Blencathra.