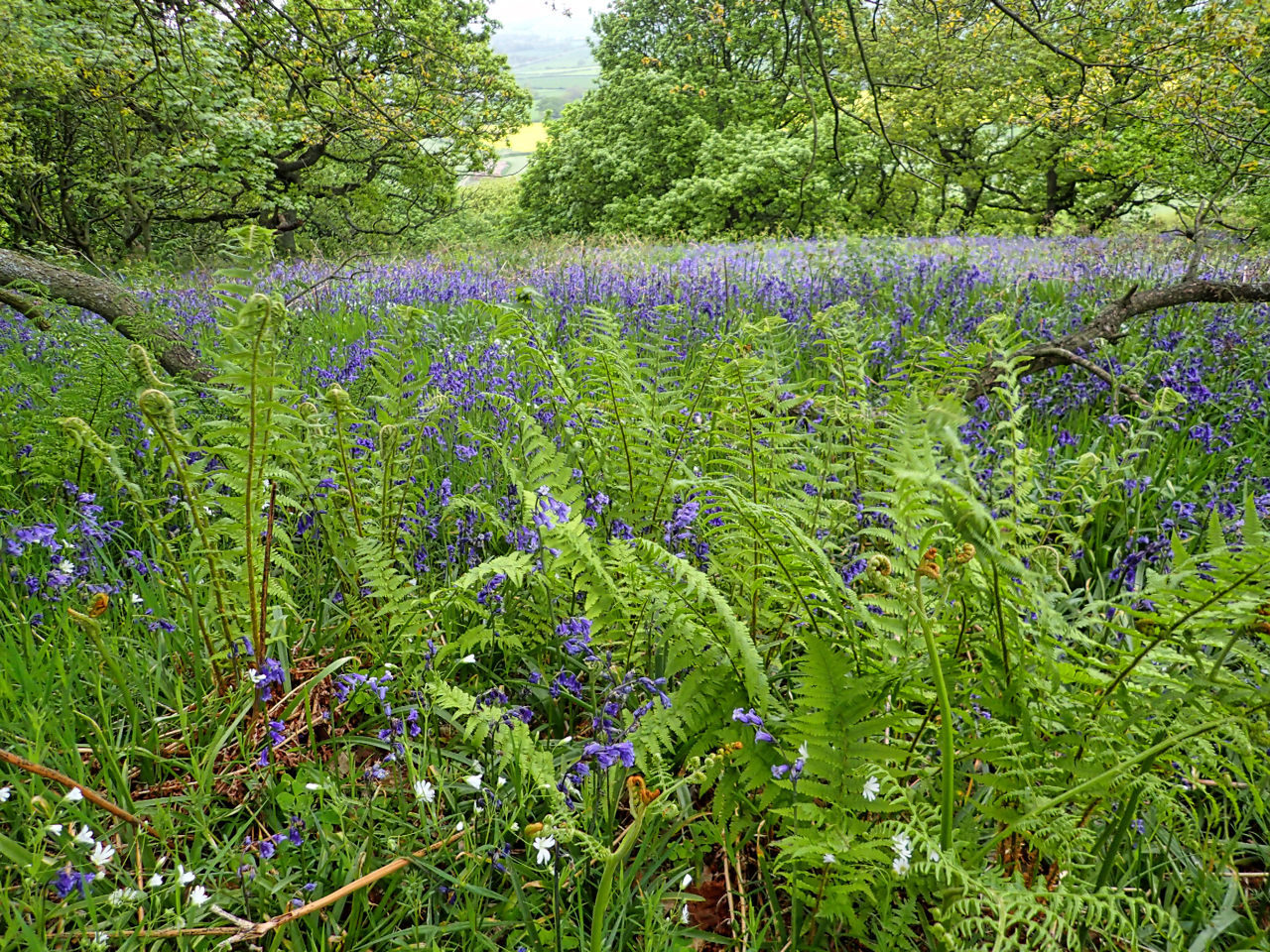 A wet miserable day with low cloud hiding any views of the hills so my attention had to be closer to my feet. In Newton Woods the bluebells have gone off the boil. Their vivid blues have paled and the bracken fronds overtaken them. But less prevalent than bracken are clumps of ferns.

Now I’m going to stick my head out and say these are Male Ferns or to give it its Latin name Dryopteris filix-mas. Its the most common British fern so my chances of being right must be good. The alternative could be the Lady Fern, a similar looking but completely different species. I guess you need to be an expert to tell the difference.

But I’ll go with the Male Fern because it has some interesting folklore associated with it. It was believed that the carrying of its spores makes you invisible. If you want to try this out for yourself you’ll have to wait until late July when the spores are ripe.

Should you not want to wait that long to experiment with folk lore you could try making a charm to ward off witches and evil spirits by digging up the roots on St. John’s Eve, carving into the shape of a hand and then baking it. St. John’s Eve? Well St. John’s Day is 24 June so St. John’s Eve is 23rd, which happens to be Referendum Day. Desperate measures perhaps!