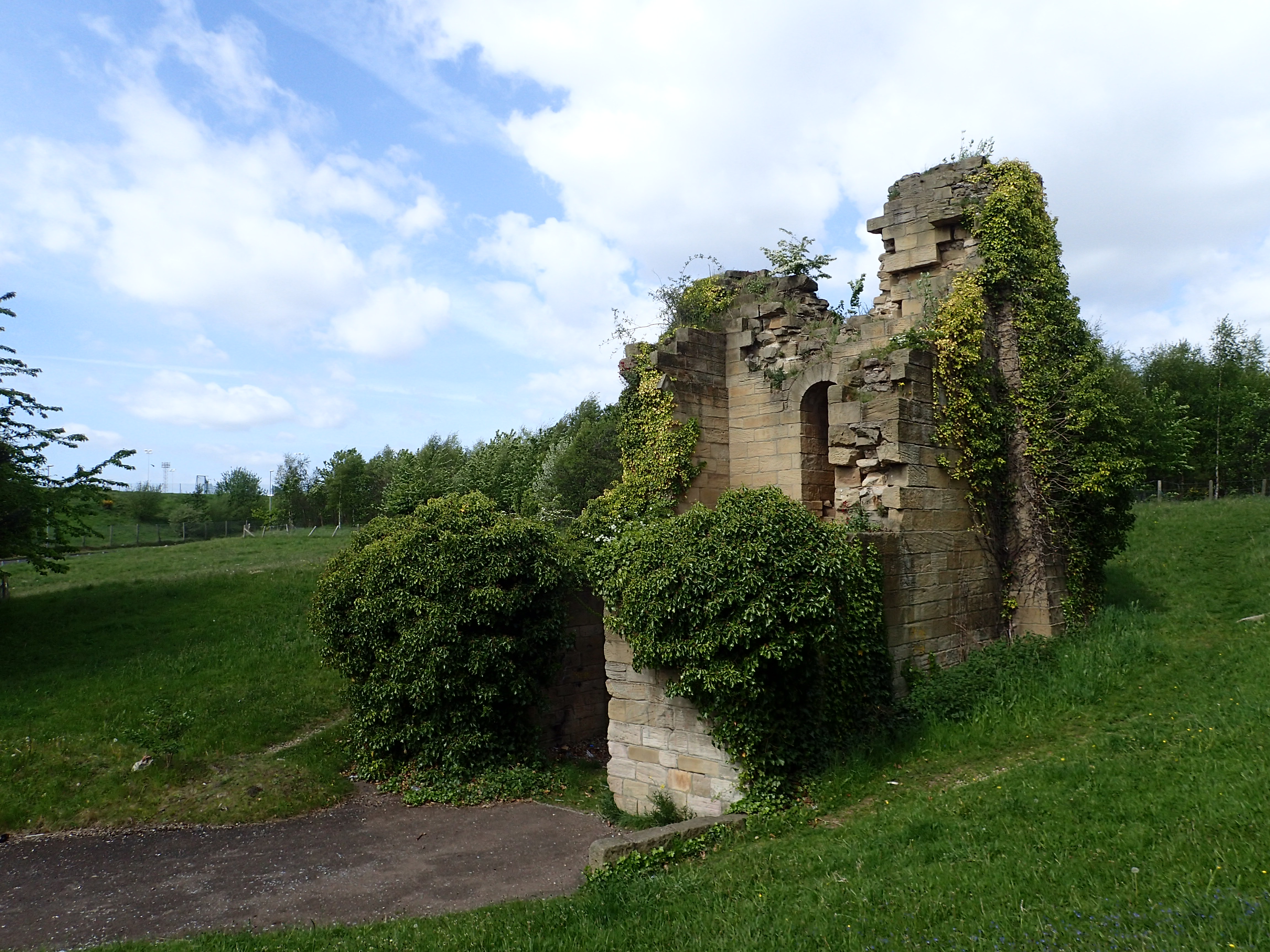 Within a stone’s throw behind the Gateshead International Stadium stands this ruin, well away from the sight of visitors to the stadium. The remains housed a steam engine built by Robert Stephenson for pumping water from the many coal mines that operated below the ground in the 19th century.

Coal mining along the River Tyne first started in 1792 and by the early 19c there were many collieries operating, many digging coal from the same seam. In order to save money many pits did not fill the voids or supported the roofs left after the coal was extracted. This caused roof collapses and the resulting subsidence allowed the River Tyne to seep into the seams flooding many pits.

Even though it may not have been their fault Thomas Easton & Co., the operators of the Hebburn Colliery, commissioned Robert Stephenson to built a pumping station at Friars Goose to keep the workings free of floods. The design had three sets of pumping engines working constantly. Every pump stroke lifted about 195 galls so with one stroke every 10 seconds this removed over 1,500,000 gallons of water per day.

At first the other Mine owners willingly contributed towards this pumping operation as it also kept their mines free of flooding, but in 1850 a dispute arose and payments stopped. Thomas Easton & Co. retaliated by stopping the pumping resulting in the flooding of Wallsend and Hebburn Collieries. Hebburn stayed flooded until in 1863 a new company, The Tyne Coal Co., took over and pumping recommenced. The costs of pumping proved enormous and eventually the company was forced to close. Yet another new company took over, the Wallsend & Hebburn Coal Co., and by the 1890s 1300 men and boys were employed. Hebburn Colliery finally closed in 1932.

Comparing the photo with one I took in 2005, the rapid growth of the ivy is most noticeable. I fear this will be causing deterioration in the stonework. It’s a shame that our industrial heritage is suffering in these times of austerity.