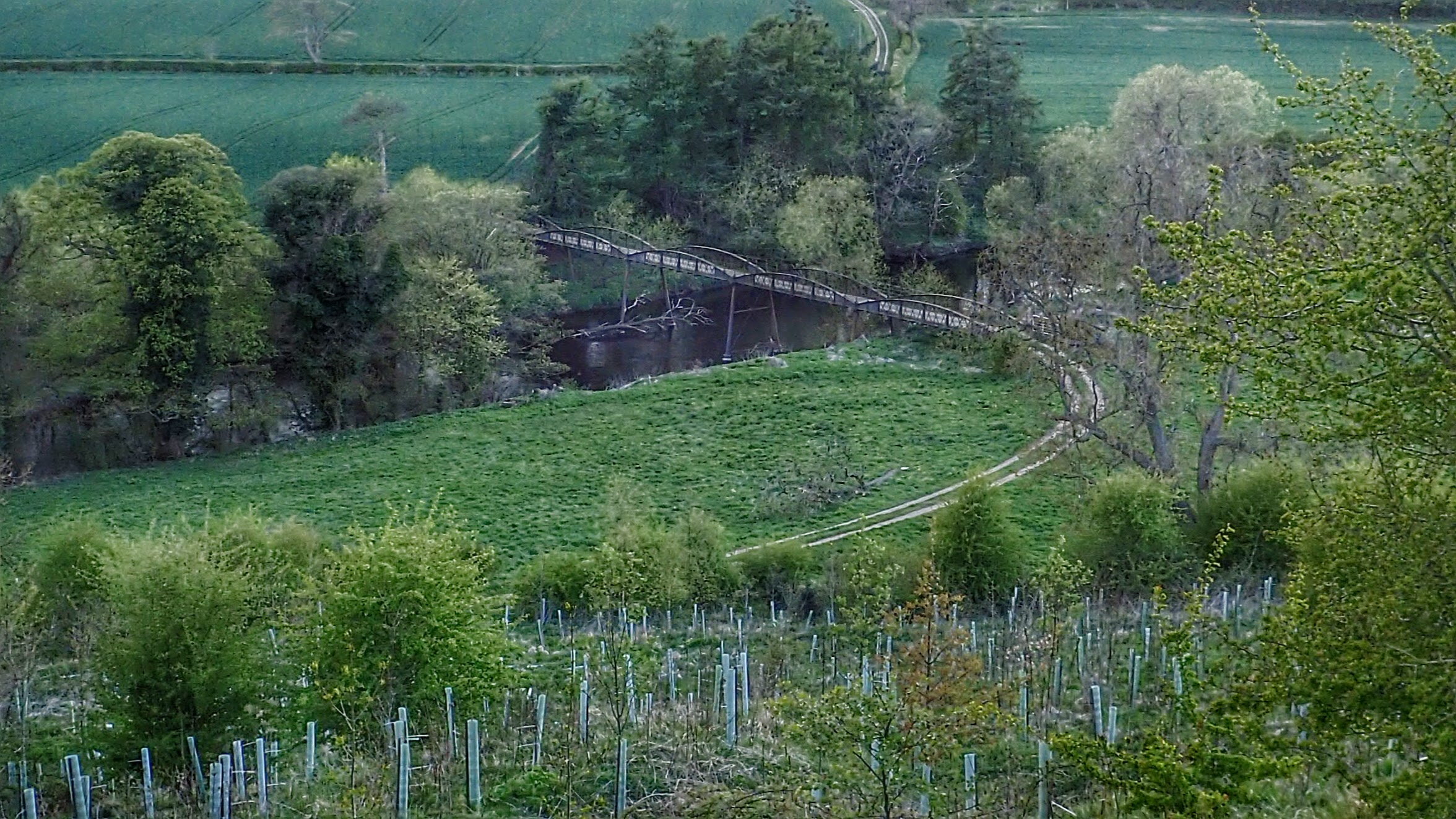 Out with the local running club. Usually full use is made of the moors but tonight headed for the Tees valley. The River Tees was crossed over this bridge at Girsby.

The bridge is cast iron trestle construction with wrought iron girders. A simple stone is inscribed: “Bridle Bridge | Erected by Theophania Blackett 1870 | Thomas Dyke Esq. Civil Engineer”. But what this inscription doesn’t indicate is that Theophania didn’t have the bridge built for altruistic reasons. She was ordered to have it build by the Court of Queen’s Bench in London.

Traditionally the folk of Girsby, a township in Yorkshire, on the south bank of the river, used to wade the Tees to go to the church at Sockburn in County Durham, on the north bank. This way of life dated from Saxon times but was to change in the 1830s when Henry and Theophania Blackett, of Newcastle, bought the Sockburn estate. They demolished the church, turning it into a Gothic ruin and built a new church across the Tees at Girsby, out of sight of their hall.

However now the Sockburn folk had to walk past the hall to get to the ford across the Tees. Theophania, by now a widow, got fed up with seeing these peasants trudging past her hall and started charging them to use the ford. When this didn’t stop them she blocked the paths and planted trees.

Eventually the Darlington Highway Board took Theophania to court in 1867 at the Durham Assizes. The court ordered her to reopen the ford and the paths. She refused and appealed to the Queen’s Bench in London. There she was fined £400 and ordered to build a new bridge to replace the ford.

A few readers have asked me to say where my photos are taken. So this bridge is here.