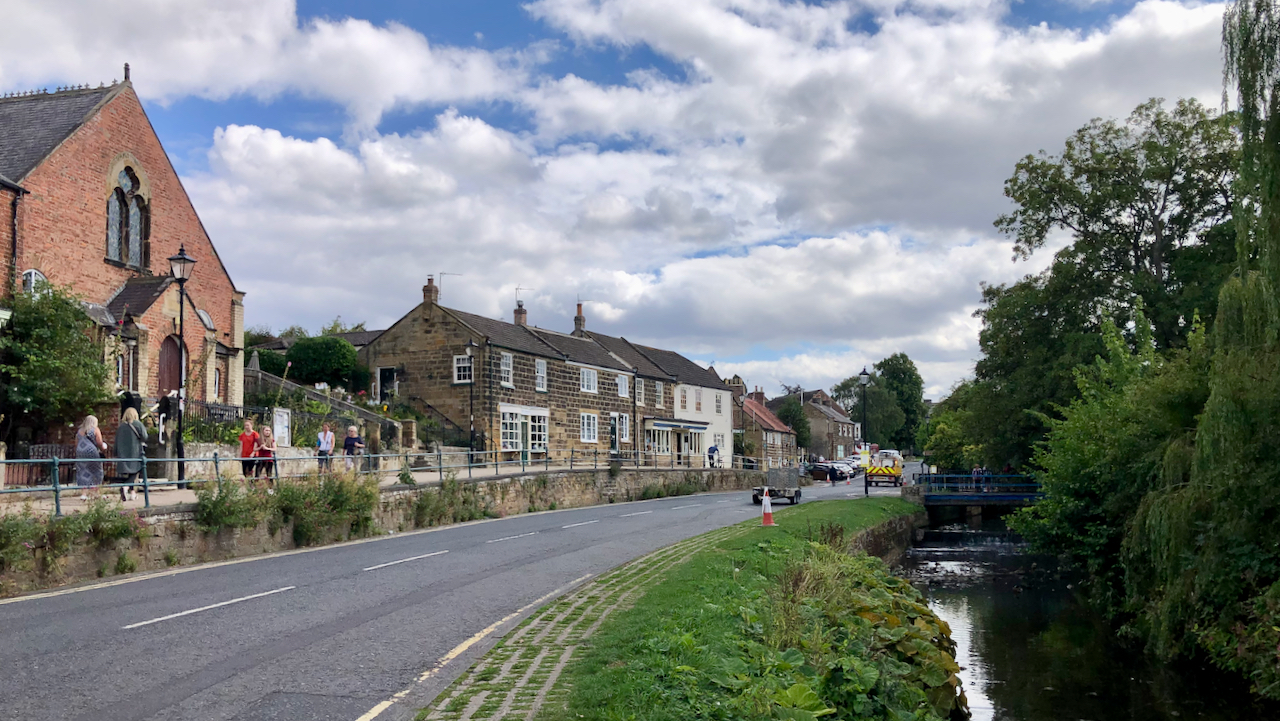 The council’s hard at work tidying up the pot-holes, pending the arrival of the Tour of Britain cycle race a week on Wednesday (7th September).

The building behind the trailer is the Capt. Cook Museum, which housed the schoolroom where the young James Cook, Great Ayton’s most famous son, learnt his three Rs.

In 1768, Cook left Plymouth on the Endeavour on what would be the first of three voyages to the Pacific. He wrote in his journal, “At 2 pm got under sail and put to sea”, dating the entry 26th August.

On board with Cook was Joseph Banks, a wealthy 25-year-old naturalist, who had paid for himself and eight artists and scientists to accompany Cook.

Banks kept a journal too, and in his, he wrote “at 3 O’Clock in the even weigd anchor, and set sail. ” But he dated the entry 25th August.

Who was right? Could either the great navigator or the university educated botanist have got their dates mixed up?

In the 18th-century, it was customary for a ship’s time to begin at noon rather than midnight as in civil time. So Cook’s entries in his journal would begin with the events of the afternoon, followed by those of the following morning, ending with noon4‘July – September 1768’. 2018. The Captain Cook Society (CCS) <https://www.captaincooksociety.com/home/detail/july-september-1768#:~:text=Endeavour%20leaves%20England> [accessed 26 August 2022].

So in effect, both were right.