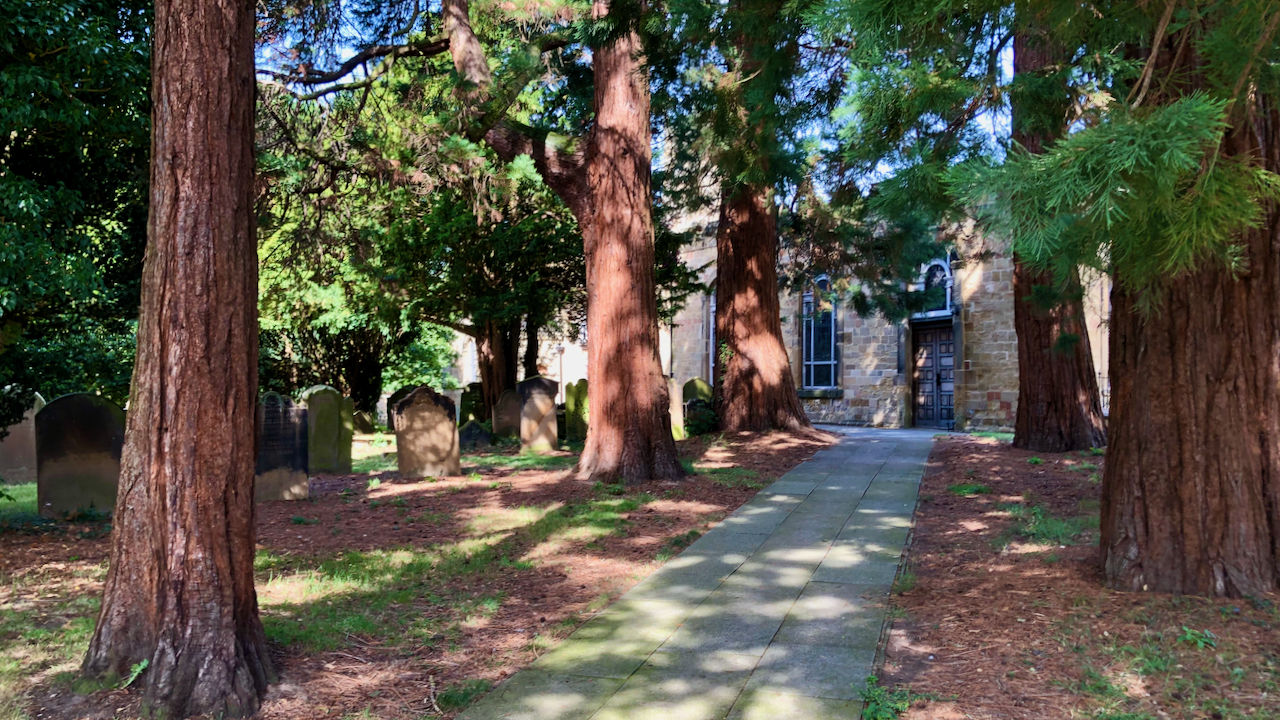 I originally started this blog as a photo-blog. A photo a day with a bit of a caption, and more often than not that’s the way it goes, I pick my best picture and write something to accompany it.

Occasionally however I come across a interesting snippet of history or whatever and then make it my mission for the day to go out and take a photo illustrating it.

One such snippet is Benjamin Flounders (1768 – 1846). He was one of the five pioneers of the Stockton & Darlington Railway.

Flounders was born in Crathorne, where his family had operated linen mills for two generations. He became a Quaker then reverted to the Church of England after the death of his first wife, Mary.

Flounders had one child that survived to adulthood, a daughter also called Mary, with whom he was very fond. She became engaged to a Major Arthur Lowe, with whom Flounders had a major disagreement.

When Mary died in 1844, Lowe had Mary buried in Yarm churchyard next to the wall instead of the family plot so that Flounders could not be buried next to her.

Flounders subsequently brought the land the otherside of the wall which had removed, and donated the land to the church. When he died two years later he was thus buried next to his daughter1Stockton & Darlington Railway. The Yarm Branch. Cleveland Industrial Archaeology Society Research paper 14. 2022. Page 12..

So I stopped off at St Mary Magdalene’s this morning on my bike ride hoping to find Benjamin’s or Mary’s graves. But my patience wore out after ten minutes, having found no gravestone with Flounders or Lowe on it. Nor could I see anywhere there might have once been a boundary.

The church was rebuilt in 1730 when the Norman church was destroyed by fire2Historicengland.org.uk. (2012). CHURCH OF ST MARY MAGDALENE, Yarm – 1054686 | Historic England. [online] Available at: https://historicengland.org.uk/listing/the-list/list-entry/1054686?section=official-list-entry [Accessed 8 Jul. 2022].. Like a lot of churches it was overwhelmed by tall trees, foiling attempts to get an overall view of the architecture.

Anyway it was an opportunity to cycle on the flattish back lanes of the Vale of Cleveland and avoid the steep hills.