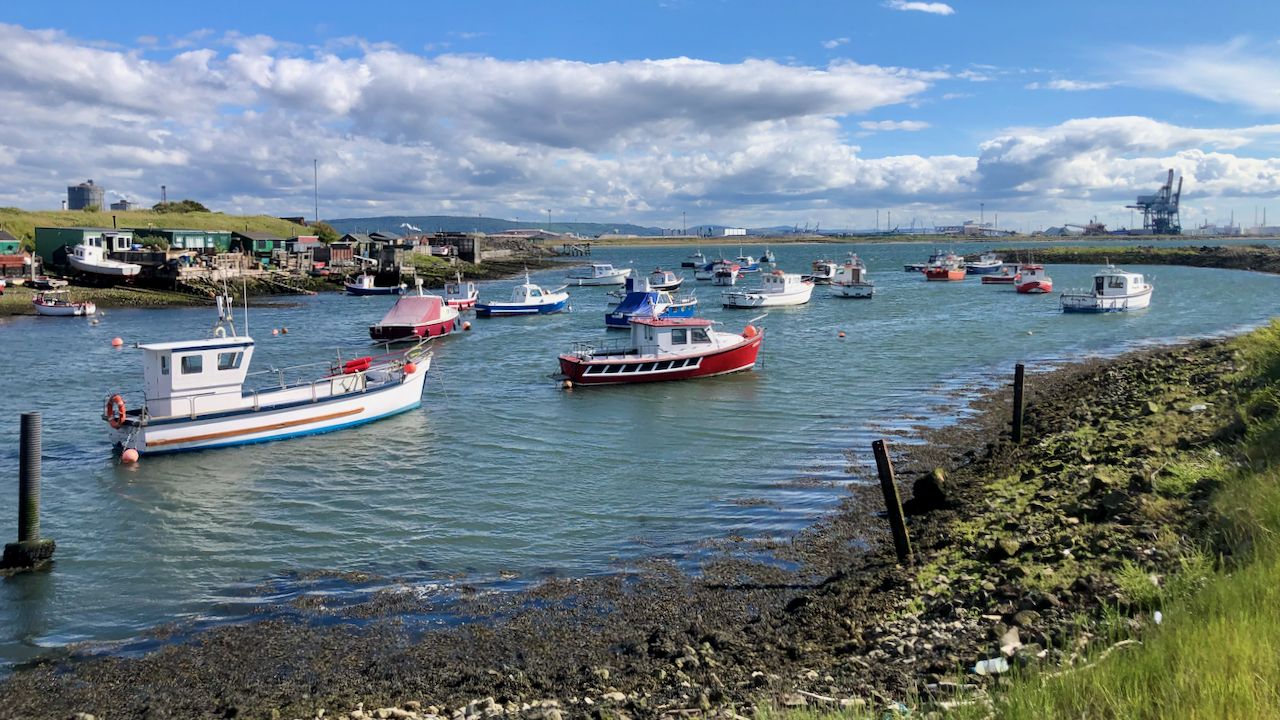 A small man-made harbour on the river side of the South Gare Breakwater. Brightly painted boats bob in the breeze and ‘quaint’ boat-houses, once the home of salmon fishermen, align the shore. It is assumed the name, Paddy’s Hole, comes from the large number of Irish navvies that helped build the breakwater between 1863 and 18871Britishnewspaperarchive.co.uk. (2022). Pleasure Trips | Daily Gazette For Middlesbrough | Thursday 09 August 1934 | British Newspaper Archive. [online] Available at: https://www.britishnewspaperarchive.co.uk/viewer/bl/0000159/19340809/191/0006 [Accessed 2 Jul. 2022]..

The Gare was positively crowded with fishermen, and they seem to be catching so to me the marine life seemed to be healthy. But professional fishermen still complain that the fishing is “abysmal” and blame the disturbance of contaminated sediment, during the dredging of the River Tees, in order to allow larger ships into the new Tees Freeport2Fishermen fear for future after crab deaths – BBC News. [online] BBC News. Available at: https://www.bbc.co.uk/news/uk-england-tees-61948330.amp [Accessed 2 Jul. 2022]..

In October last year, there were reports of dead crabs and lobsters being washed up on North East beaches, and in January, dogs fell ill after being walked on the beach.

The Government investigated and in May issued their report suggesting the cause was due to a “harmful algal bloom”.

But fishermen and environmentalists are not convinced. They say that the evidence for a algal bloom is inconclusive and that the Government report ignored its findings that the level of a pollutant called pyridine, which is highly toxic to aquatic life, was up to 74 times higher in the North-East crabs than those caught in Cornwall3Monbiot, G. (2022). The dead shellfish littering our beaches tell you a lot about safety and secrecy in Britain. [online] the Guardian. Available at: https://www.theguardian.com/commentisfree/2022/jun/06/dead-shellfish-beaches-safety-secrecy-britain?CMP=share_btn_tw [Accessed 2 Jul. 2022]..

Pyridine is a waste product of the heavy industries that made Teesside, and would have been discharged in the river, eventually settling in the mud of the estuary.

Dredging of the Tees has always been necessary to maintain the river channel, to prevent it silting up. It has been carried out throughout the life of the port with spoil being dumped out at sea at authorised locations. To accomodate the larger ships expected at the new Freeport, the dredging has had to be deeper.

According to the fishermen and environmentalists, the pyridine, previously buried in the sediment has been disturbed and settled back on the sea bed where it has affected the bottom-living crabs and lobsters.