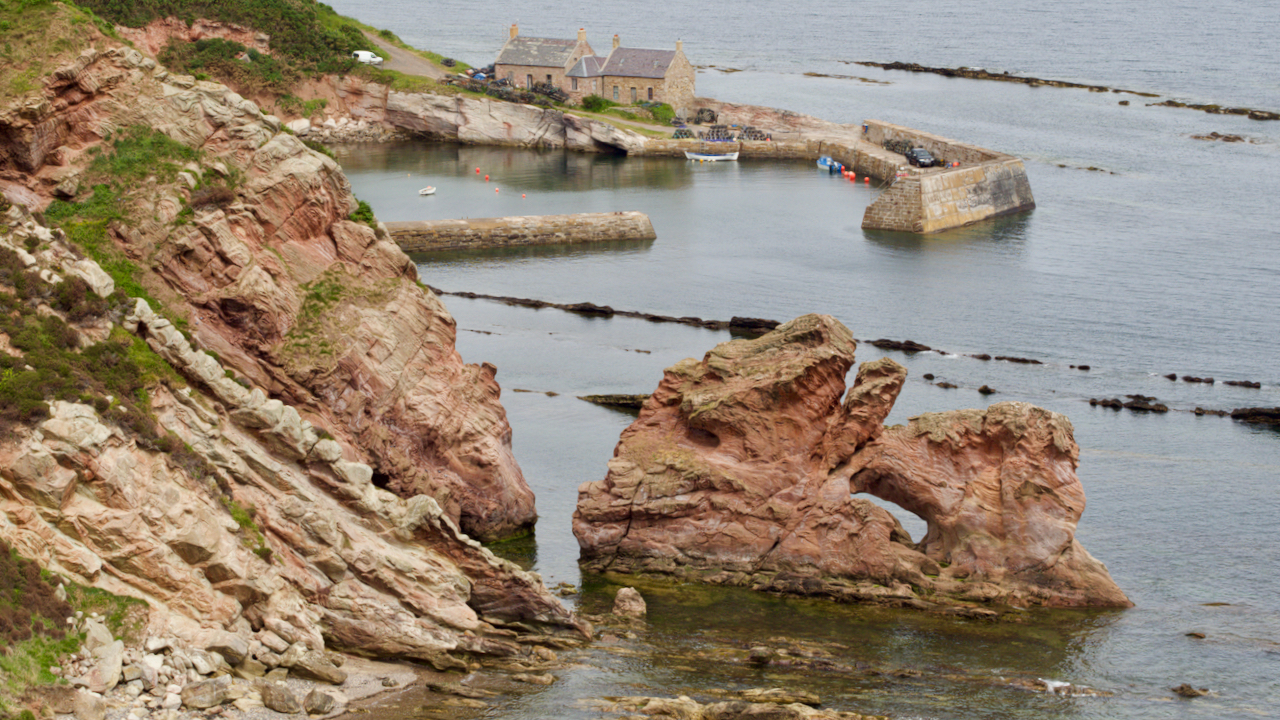 A quaint harbour just down the coast from Torness Nuclear Power Station.

In the summer of 1984, about 200,000 tons of rock from the construction of the power station were dumped about three-quarters of mile offshore from Cove to create an artificial reef about a half-mile long and 200 yd. wide, at the time the largest in the world1Britishnewspaperarchive.co.uk. (2022). But Euro Move Could Scupper Many Small Businesses | Aberdeen Press and Journal | Friday 11 December 1987 | British Newspaper Archive. [online] Available at: https://www.britishnewspaperarchive.co.uk/viewer/bl/0000578/19871211/301/0017 [Accessed 23 Jun. 2022]..

The intention was to create a habitat for lobsters and other marine life. Previously the seabed was considered “barren” and “featureless“, “almost devoid of commercially valuable species“2Ibid..

It was reported in 1987, that, unlike most of the surrounding sea area, the reef was covered with encrusting marine organisms, shrimp-like animals, and small fish larvae, which was attracting browsing animals, like sea urchins, starfish and marine snails3Ibid..

Fishermen had reported large cod and saithe being caught on hand-lines and regular catches of lobsters and crabs in creels4Ibid..