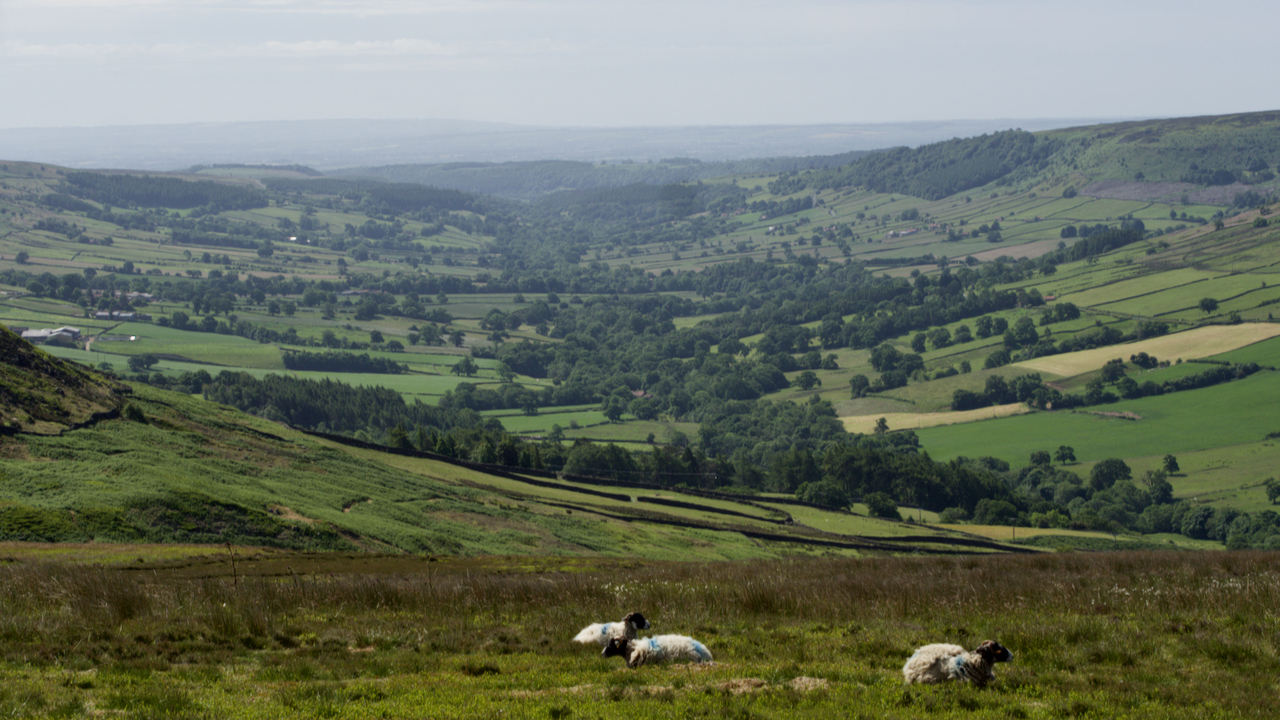 Whenever I see Farndale, my imagination is drawn not to its famous swathes of daffodils in the Spring but to what the dale would look like if Hull Corporation had had its way and built its proposed reservoir.

The scheme was first mooted in the 1932, when the Corporation began negotiations to purchase 2,000 acres of land in upper Farndale from the Earl of Feversham, but it wasn’t until 1970 that it was shelved for good.

In the centre of the photo, poking out of the trees, can be seen the roof of High Mill, the Daffy Caffy. The holding wall of the proposed reservoir would have been this side of the mill and of Church House which is just hidden by the trees.  The shore would have followed approximately the 174m contour which is about two thirds of the way up that freshly mown field on the right.

Included in the scheme were tunnels feeding from Bransdale and Rosedale and a regulating pipeline to the River Esk in Westerdale, ensuring a supply to Whitby.

At the parliamentary Select Committee in 1970, uncertainty began to emerge as to whether alternatives to the scheme had been fully considered. In addition there was an anomaly discovered in the 1963 water Resources Act that allowed a Minister to give a river authority the ‘power to build and fill a reservoir‘, but the Minister could not give the same authority the power to extract water1Eccleston, Brian. “Farndale Reservoir Twice Derailed”. Page 69. York Publishing Services. 2020. .