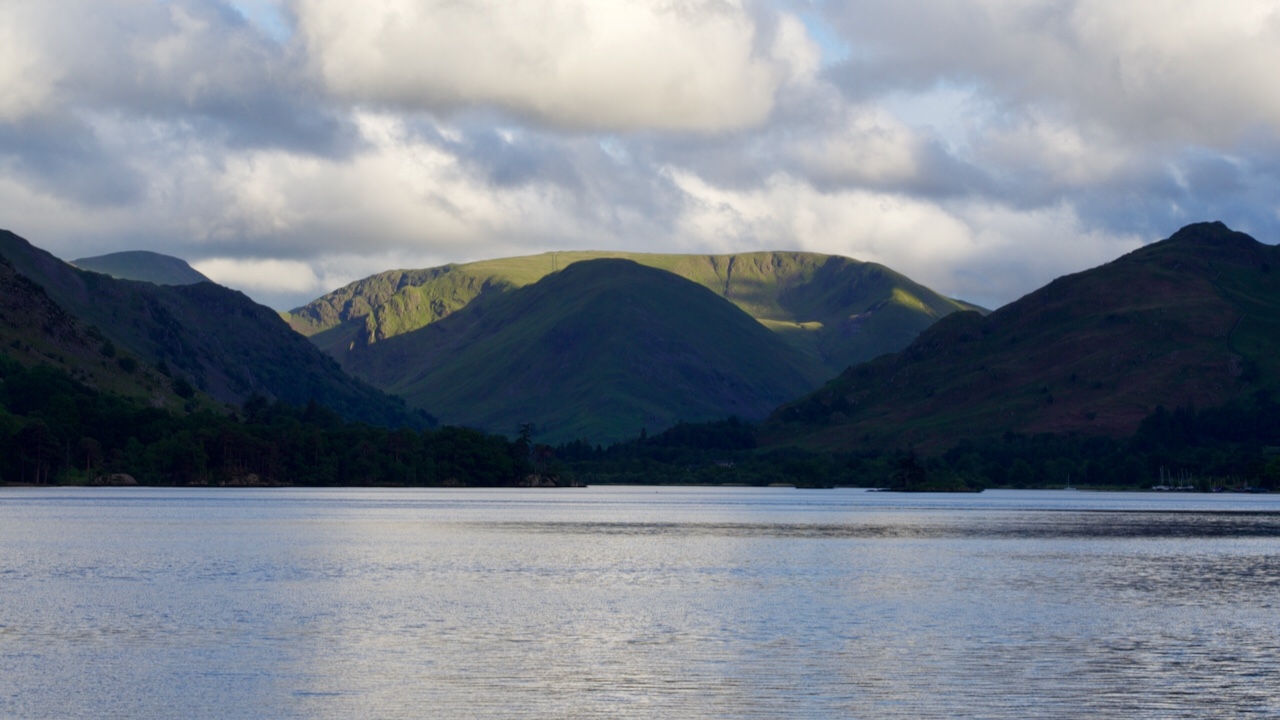 Grey skies and many showers accompanied me for the drive over on the A66. But sunshine, blue skies and rainbows appeared for the final leg down Ullswater.

At the head of the valley, Cauldale Moor looked splendid in the evening sunshine, encircling the gloomy ridge of Hartsop Dodd.

Wainwright gives an alternative name of ‘John Bell’s Banner’ for this 2,502′ mountain which ‘deserves far more than it usually gets’.

It’s up to A Harry Griffin to provide an explanation for this name in the Country Diary column in The Guardian for 30 July 2001.

John Bell was the curate of Ambleside in the 16th-century and the fell was the “banner” or boundary of his sphere of ministrations.