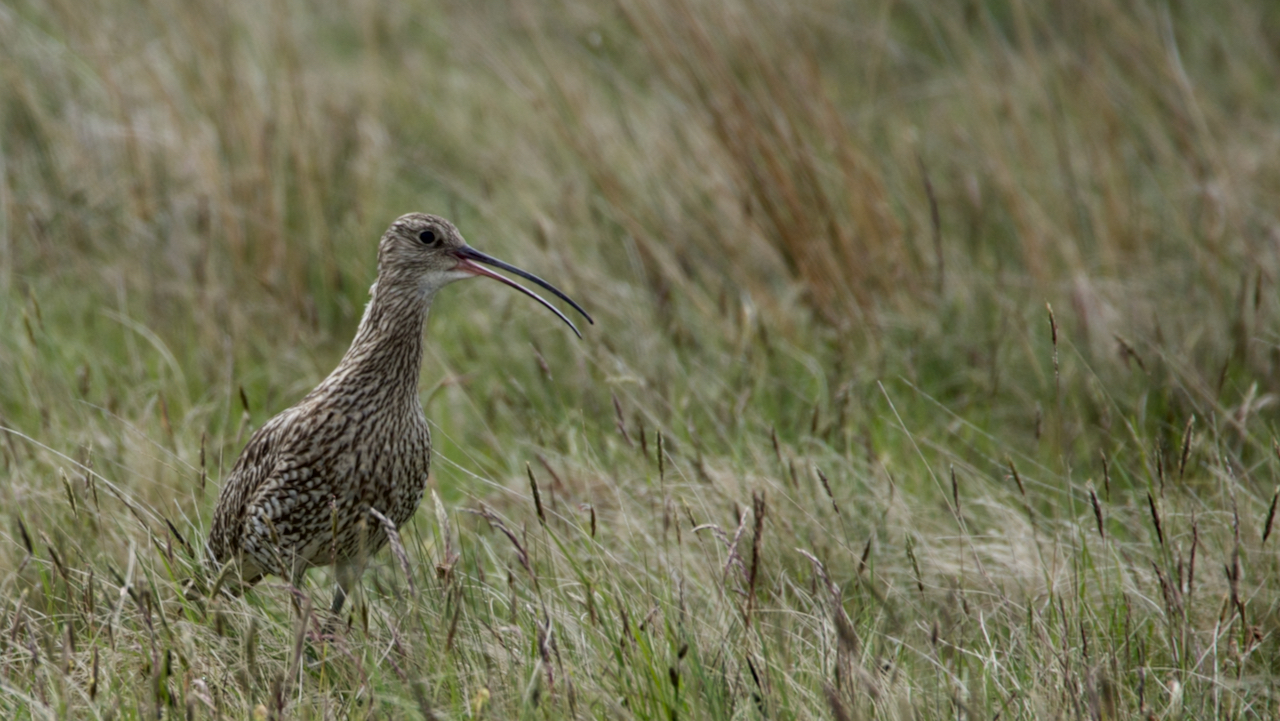 The curlew, the Eurasian Curlew to be precise, Numenius arquata, the darling of the grouse moor owners. Their relative success in breeding on our moors is the keepers’ justification for the trapping of every predator which has a taste for grouse chicks. It’s their vindication that estates managed for shooting are rich in bio-diversity.

An enigmatic bird, in the south of England it is now virtually extinct, so it has been placed on the United Kingdom’s red list of most endangered bird species.

I was making my way beside a high dry-stone wall. I couldn’t see over. Suddenly I heard the familiar curloo-ooing and this curlew flew over the wall, encircled me and landed back on the other side of the wall continuing to call.

I found a stretch of wall where the top few courses had fallen and peered over. The curlew was hard to spot but the frantic calling eventually gave it away.

They was probably a nest nearby, the curlew landing well away to distract me as a potential threat.

A minute or so bird-watching and it was time to leave the curlew in peace.

Notably, the Curlew’s nest wasn’t actually on the heather moor but on an enclosed area of grass, that is only occasionally grazed by sheep.