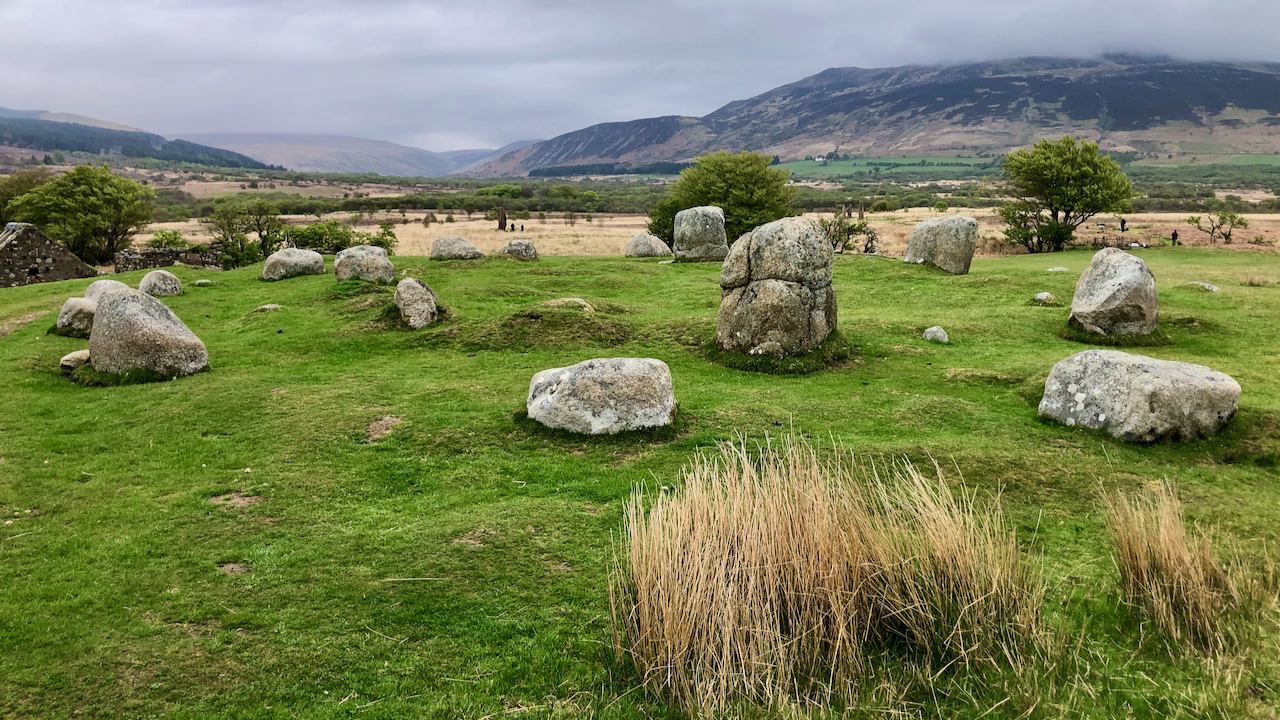 Giants do get around a bit. In Yorkshire, Wade performed huge landscaping feats.

But Wades attempts were nothing compared to Fionn mac Cumhaill, or Fingal in its anglicized form. He built a causeway bridging Northern Ireland with Scotland only to have it destroyed by a rival giant. He pops on Staffa island where a cave is named after him.

And here on Arran, Fingal built a stone circle to seat his cauldron. Nearby is a stone with a hole where his hunting dog, Bran, was tied. He liked to visit Arran for the hunting whilst staying in a nearby cave — a cave more recently associated with Robert the Bruce . His grave is said to be on the south of the island1Westwood, Jennifer and Sophia Kingshill. “The Lore of Scotland: A guide to Scottish legends”. ISBN 9780099547167 2011..

Of course, the experts say this double stone circle is Neolithic2Canmore.org.uk. (2022). Arran, Machrie Moor | Canmore. [online] Available at: https://canmore.org.uk/site/39705/arran-machrie-moor [Accessed 5 May 2022].. The inner circle, 40′ in diameter, has eight stones, 3ft-4ft high, and the outer circle has fifteen slightly smaller stones, one of which has a hole in it — Bran’s tethering stone.

Machrie Moor, on the west of Arran, is an area rich in archaeological features, many stone circles, cists, hut circles and standing stones. Here are two other examples, huge stones which can be seen in the distance on the main photo.