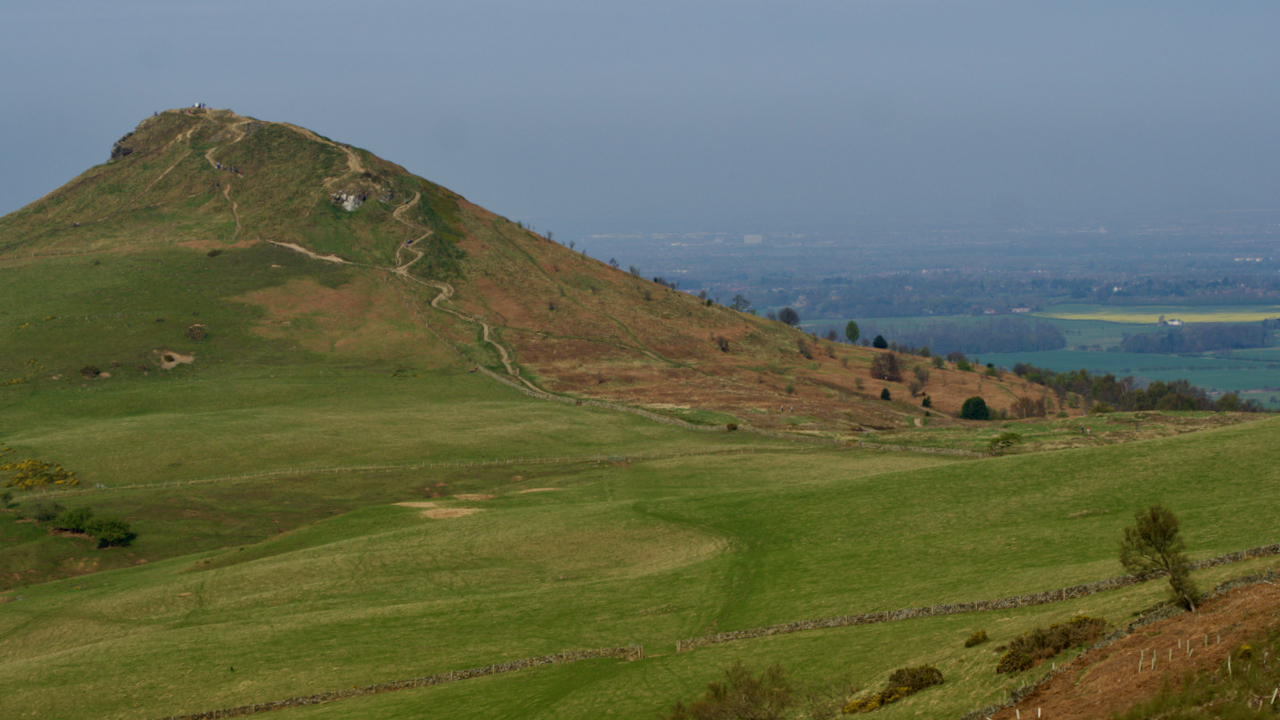 The bridleway between Aireyholme Farm and Hutton village, passing through the col on Roseberry Common, is referred to as ‘the great road of Ohensberg‘ in one of the foundation charters of Guisborough Priory of about 11201“Roseberry Topping”. Great Ayton Community Archaeology Project. Page 20.  2006 ISBN 978-0-9554153-0-2.. The original is in medieval Latin of course but nevertheless it sounds as if it was a main route between Ayton and Guisborough.

These are the earliest references to Roseberry, suggesting the name derives from the Old Norse ‘Óðins berg‘ meaning ‘Odin’s mountain’3“The Vikings in Cleveland”. Edited by Heather O’Donoghue and Pragya Vohra. Page 21. First published in Great Britain by the Centre for the Study of the Viking Age, University of Nottingham, 2014. ISBN 9780853583011..

Other alternative derivations are generally discounted. One suggestion is that the name is from the Scandinavian personal name ‘Auðunn‘ so meaning ‘Auðunn’s mountain’4Ibid..  Another, argued by the early 19th-century local historian John Graves, is that the name comes from the Cymic (Welsh) ‘Rhos‘ meaning a moor or heath5“Roseberry Topping”. Great Ayton Community Archaeology Project. Page 22.  2006 ISBN 978-0-9554153-0-2..

But whatever the origin, ‘Ohensberg‘ has evolved slowly into ‘Roseberry‘ over the many intervening centuries.

As the great Bard put it:

What’s in a name? That which we call a rose
By any other name would smell as sweet;