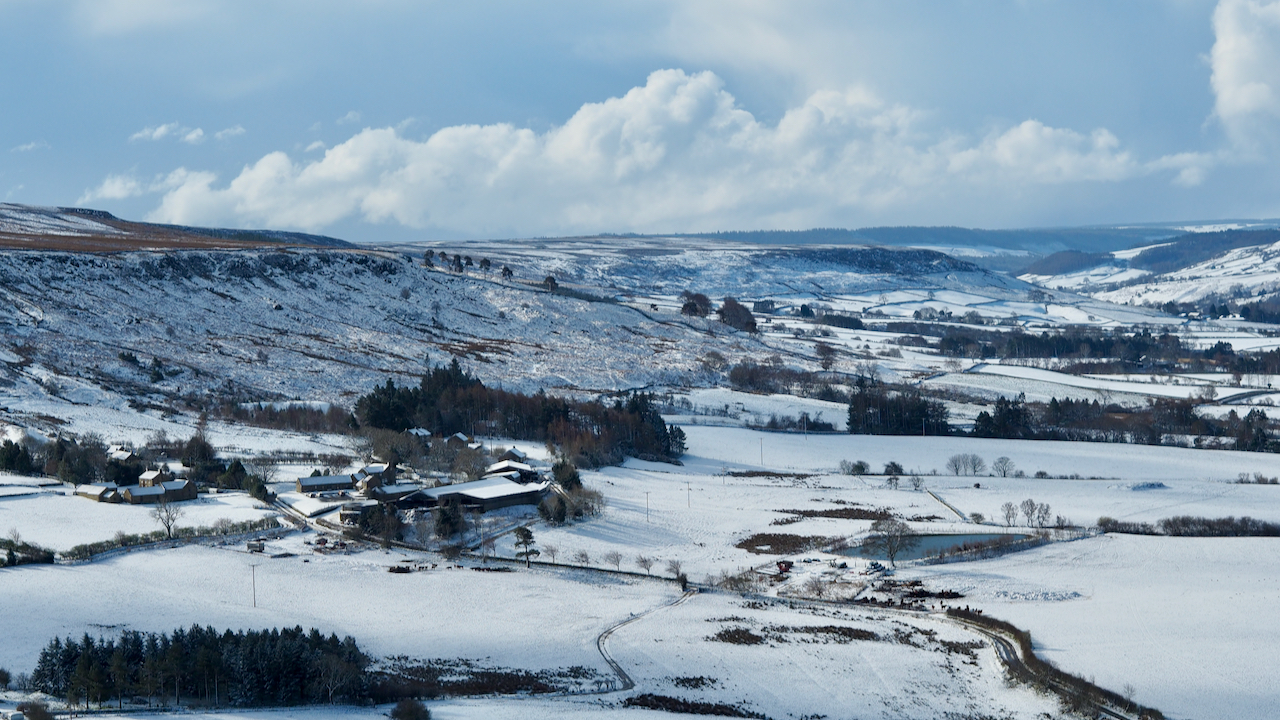 I find there’s something bracing about being out after a fresh fall of snow. Particularly an unexpected fall of snow.

This is Bilsdale, looking south from Hasty Bank. The settlement left of centre is the hamlet of Urra

Elgee wrote that “it is a trite axiom geology that the width of a valley and not its depth, is the clue to its antiquity“1GEOLOGICAL NOTES. | Northern Weekly Gazette | Saturday 27 September 1902 | British Newspaper Archive. [online] Available at: https://www.britishnewspaperarchive.co.uk/viewer/bl/0003075/19020927/156/0014 [Accessed 31 Mar. 2022].. If this be so then Bilsdale must be very old indeed. Its main watercourse above Chop Gate, Bilsdale Beck, is but a trickle, following the B1257, then leaving it and veering east just past the Urra turn-off to its source high on Urra Moor. The remaining kilometre or so of the B1257 up to Hagg’s Gate, or Clay Bank

How can a dale as wide as Bilsdale have been created by the action of water running down the hillsides, slowly eroding away the softer shales causing the harder beds above to collapse and themselves to be worn away.

He surmised that a small glacial lake existed covering what is now Greenhow Botton (see yesterday’s post), dammed up by the glacier that covered the Vale of Cleveland. Similar lakes have been suggested in Scugdale, Kildale, and to the south of Guisborough.

Over the eons of the Ice Age, the water level in ‘Lake Greenhow Botton’ built up and eventually overflowed at its lowest point at Clay Bank — maybe through a fault, or the lip gave way.

The overflow water poured down Bilsdale eroding a deep channel with a broad flat floor in the process. And when the lake water level receded, the overflow stopped leaving the dry valley extending almost to Urra.