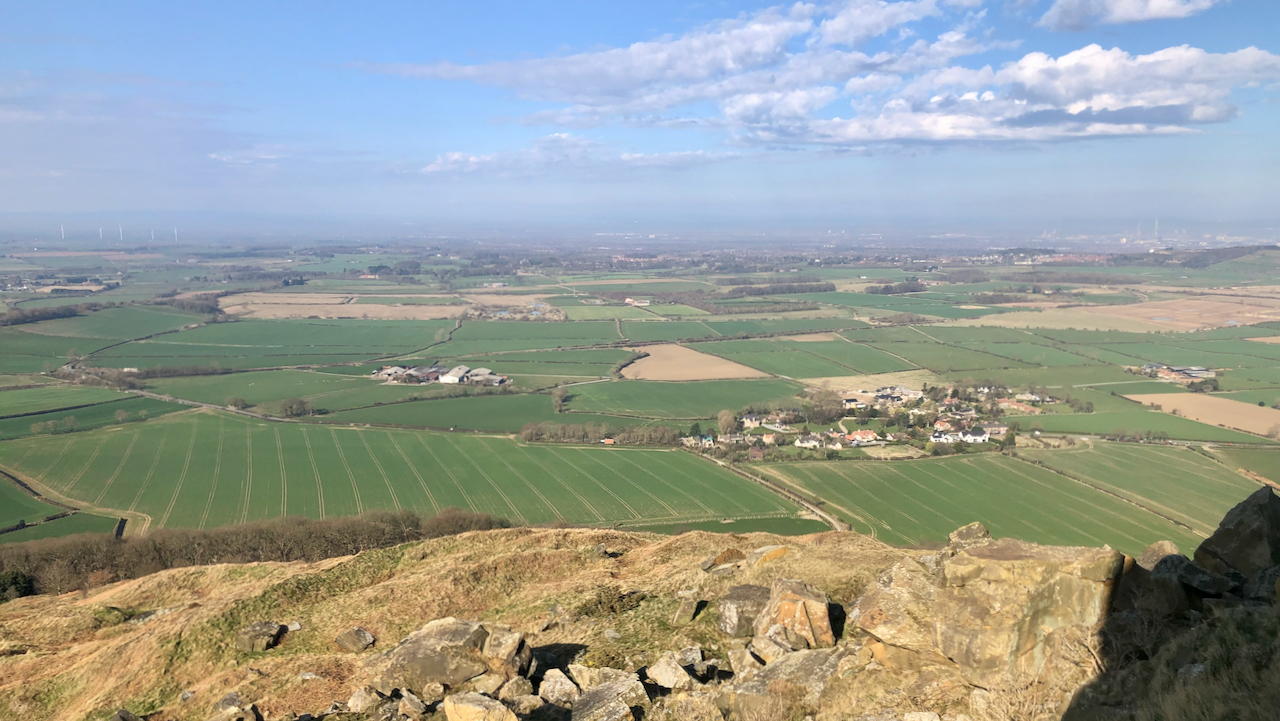 Otherwise known as Newton-in-Cleveland. The base camp for any ascent of Roseberry Topping.

Twelve years later, Walter White (an early tourist from Berkshire) called in at the village hostelry after climbing Roseberry2White, Walter. “A Month in Yorkshire”. 1858.:

I stayed two hours on the hill-top, then taking a direct line down the steepest side, now sliding, now rolling, a very few minutes brought me to the village of Newton at the foot. With so sudden a change, the heat below seemed at first overpowering. In the public-house, which scrupled not to open its door to a traveller, I found half a dozen miners, who had walked over from a neighbouring village to drink their pint without molestation. Each recommended a different route whereby the ten miles to Stockton might be shortened. One insisted on a cut across the fields to Nuntharp.

My ear caught at the sharp twang of the ar — a Yorkshire man would have said Nunthurp— and ,turning to the speaker I said, “Surely that’s Berkshire?”

True enough. Tempted by high wages in the north, he had wandered from the neighbourhood of Our Village up to the iron-diggings of Cleveland. I took it for granted that as he earned more than twice as much as he did at home, he saved in proportion. But no ; he didn’t know how ’twas ; the money went somehow. Any way he didn’t save a fardin’ more than he did in Berkshire. I ventured to reply that there was little good in earning more if on edid not save more, when a tall brawny fellow broke in with, “Look here, lad. I’d ruther ‘arn fifty shillin’s a week and fling ’em right off into that pond there, than ‘arn fifteen to keep.”

Just the retort that was to he expected under the circumstances. It embodies a touch of proud sentiment in which we can all participate.

Newton today would be unrecognisable to Messrs. Ord and Walker. Only on the wettest, most miserable day is the car park not overflowing, but Walker would certainly find the King’s Head more welcoming.