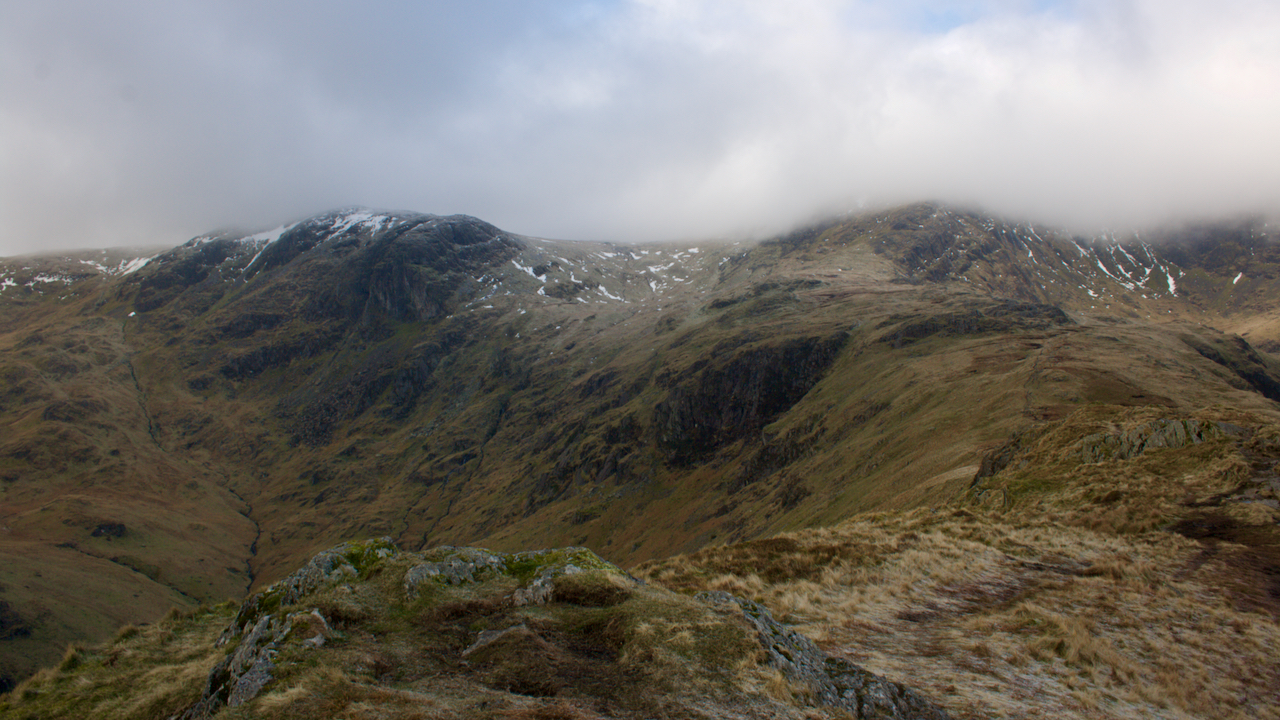 I don’t think I have ever climbed either in their own right. Always on the way to or from Fairfield.

And between them, the hanging valley of Houndshope Cove with its scores of moraine ridges and mounds.

Wainwright thought that Hunsett Cove (in the photo immediately below Dove Crag) “was the crater of a volcano”1Wainwright, A. “A Pictorial Guide to the Lakeland Fells – Book One The Eastern Fells”. Dove Crag Page 4. 1955. 65th Impression“.

Now I haven’t found anything to confirm that, but the rock hereabouts is certainly of volcanic origin 2Wilson, Peter. “Lake District Mountain Landforms”. Page 15. 2010. Scotforth Books., which would have occurred about 490-440 million years ago when the continental plates “collided” closing the Iapetus Ocean3Ibid. Page 22..

In more recent times (relatively speaking), the moraine ridges of Houndshope Cove and other tributaries of Dovedale Beck indicate it was the scene of a large glacier during the last ice age.

Although moraine ridges and mounds are present in most valleys of the Lake District, there is evidence of Dovedale’s moraines below the 200m contour almost to Hartsop Hall Farm

, inferring that it was the largest glacier in the eastern Lake District and probably connected with glaciers in neighbouring valleys4Wilson, Peter. “The last glacier in Dovedale, Lake District “. North West Geography, Volume 11, 2011 ..