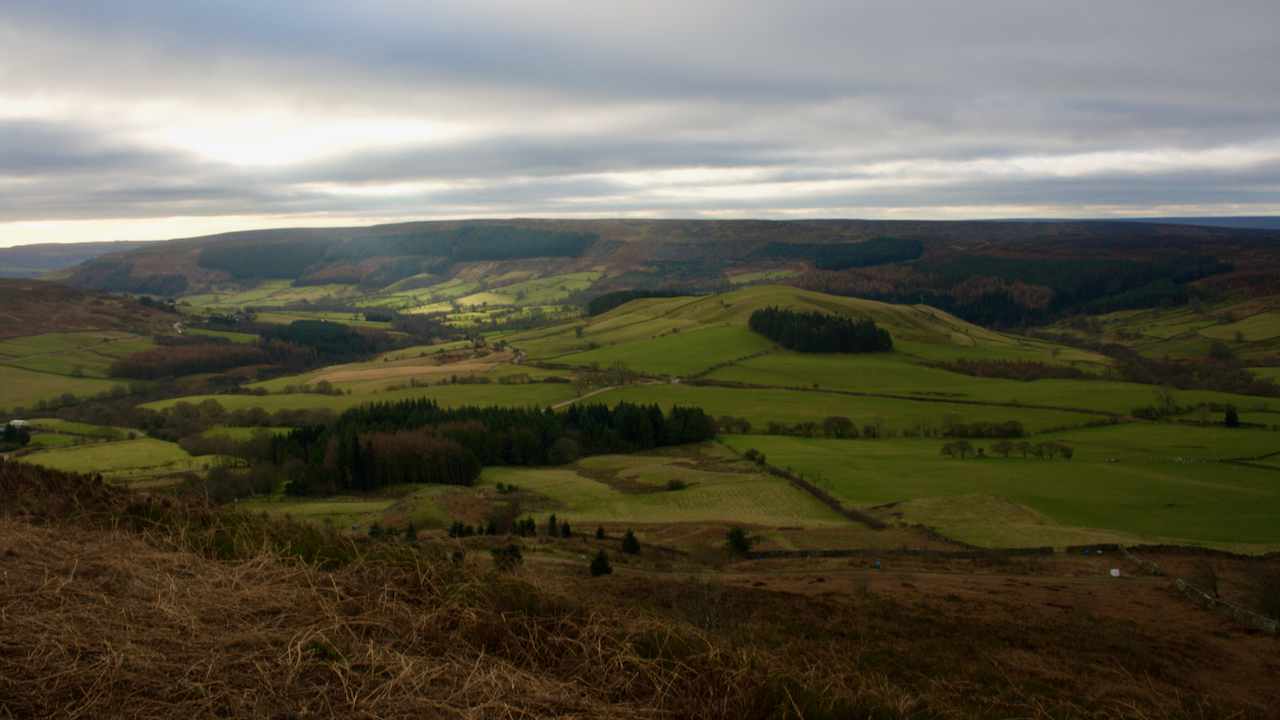 A wander around the back of Cranimoor, more familiarly known as Cringle Moor.

On what was an otherwise overcast morning, a patch of sunlight tantalisingly moves up Raisdale before petering out before reaching Wath Hill

, the prominent hill at the head of the dale.

Raisdale was once a source of building stone for Hartlepool and Stockton, the stone transported by rail from Sexhow station. The quarries can be discerned on the moorland escarpments.

The life of a quarryman was particularly hard. Often also trained as a mason, quarrying was work resorted to in the winter. After Christmas when winter hit hardest, work was a bit ‘hit and miss’. Quarries were usually some distance from home, with quarrymen lodging Monday to Friday and walking home at weekends. Thomas Weatherill (1850-1931) was one of those working in Raisdale. He lived at Spout House in Bilsdale and carried on the family tradition after being first apprenticed as a blacksmith in Castleton1Hartley, Marie and Joan Ingilby. “The Moorlands of North-East Yorkshire”. Page 97.  1990. J. M. Dent & Sons. ISBN 1 870071 54 9.. As a mason, Thomas worked on many local buildings: Crathorne Hall, Kildale Hall, the market cross in Helmsley, Danby Church to name but a few.