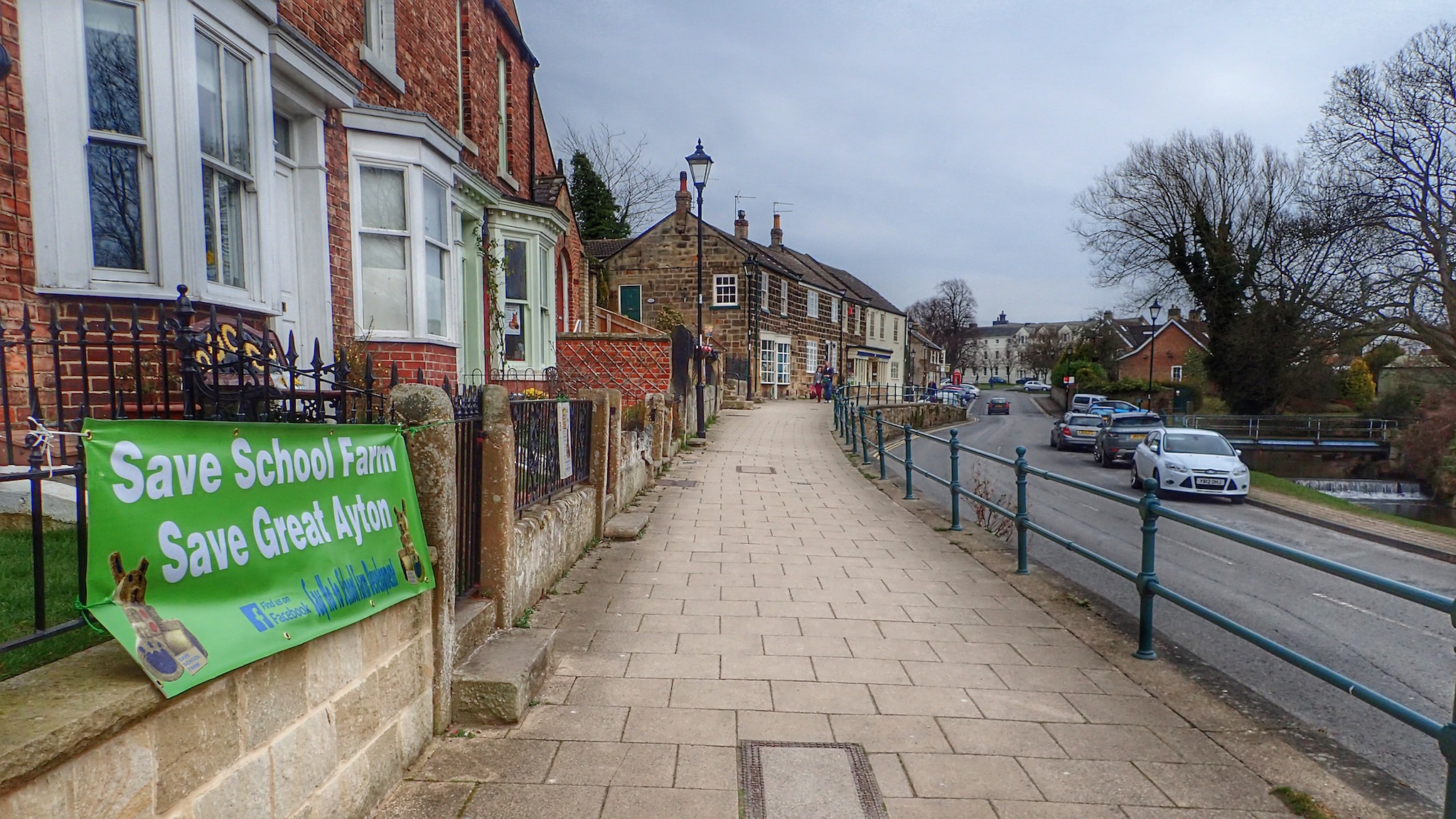 The penultimate day of the School Farm Development Appeal. The tenant farmers Mark and Kath had the chance to have their say today so I took the trip down to Northallerton in way of supporting them. If the appeal succeeds and the the development of School Farm for 113 houses goes ahead it will have a profound and detrimental effect on Great Ayton and School Farm with its farm shop will struggle to be a viable business.

The area has been targeted by Gladman, a firm of speculative developers whose business is to exploit the changes made by the government to planning guidelines in 2012. They are based in Cheshire and have no connection to Great Ayton. Once planning permission is obtained Gladman will profit from the huge increase in the value of the land resulting from in the change of use from between agricultural and development. They currently have three sites earmarked in North Yorkshire: at Great Ayton, Stokesley and Easingwold.

The field where the houses are proposed to be built is prime agricultural land. It does not form part of the Local Development Framework which details the district council proposals to comply with government housing requirements. The parish council has voted unanimously against the development; the district has voted unanimously against it; there has been over 600 objections from the villagers. This hearing was an appeal by Gladman against the district council’s decision. It is being heard by a planning inspector based in Bristol.
It may be suggested that this is just another case of NIMBYism. I accept that society needs more houses and that Great Ayton must deliver its fair share but what bugs me is that Gladman have seemingly unlimited financial muscle, judging by the legal team and their expert witnesses in attendance at the hearing. By contrast Mark, and the district council, who, like all councils are cash-strapped, have much more limited resources. If such power inequality was transferred to the playground or workplace and an individual used it to get his/her own way it would undoubtedly be considered to be just plain bullying.
The outcome of the appeal is due to be heard tomorrow.
If you want further information please visit the “Say ‘NO’ to School Farm development” Facebook page. Alternatively, if you prefer, here’s a Daily Mail article which is much more informative than anything I can write.