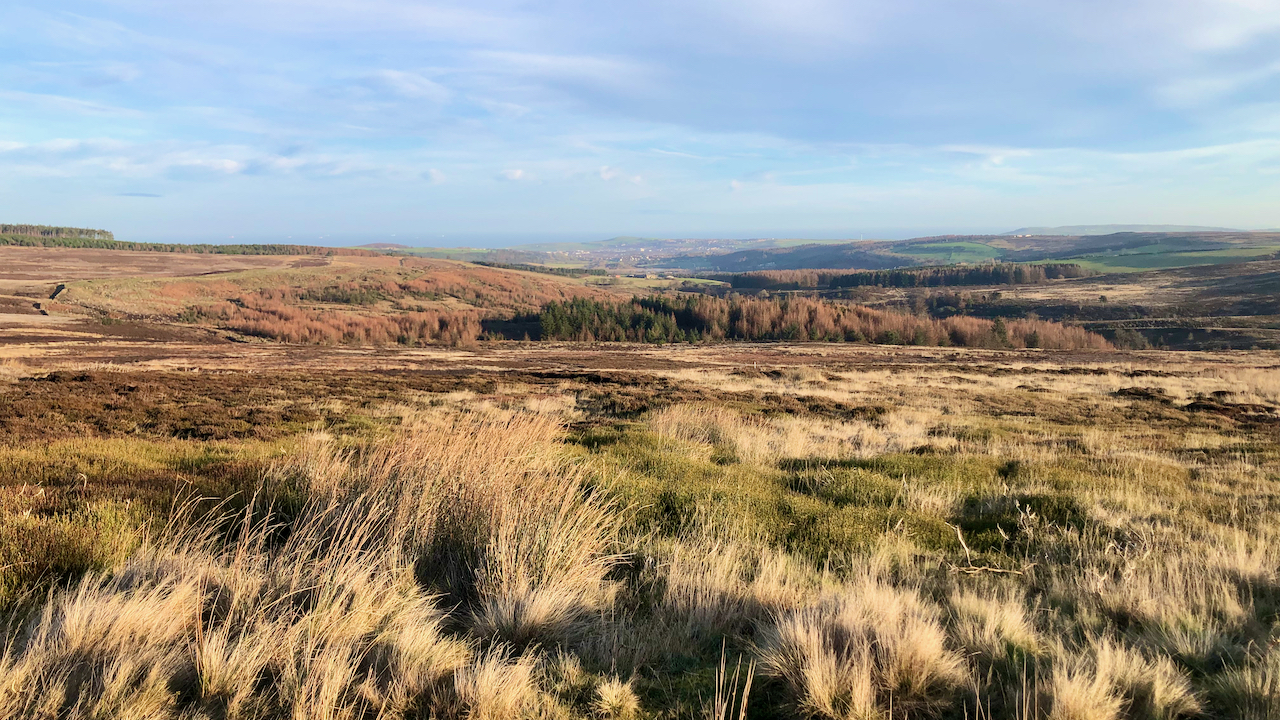 When Robert de Brus endowed Guisborough Priory in the early-12th-century, he included vast tracts of somewhat ill-defined moorland. It was left to his son, Adam de Brus, to define the boundaries which named an area of forest known as Westwyth for which de Brus retained his hunting rights.

Westwyth, now known as Westworth can be seen for almost the entirety of the moorland if one is looking north. The moors above Guisborough are bleak but the name of Cod Hill Heights to the west of Westworth displays its origin in ‘Coed’, meaning wood. Westworth is enclosed by archaic stone walling and might have been, like many of the woods, what the locals call a Piggy Wood. A stream runs across its southern extremity before the path emerges into the open moorland known as Rabbit Hills, a set of paths and old stone bowers, unsurprisingly populated by a vast tribe of Lagomorphs. The paths are often strewn with their corpses as crows, foxes and mawks take to their feast. The paths are ever-changing in Westworth as if it is enchanted. Its single stone gateway leads into a complex series of furrowed ditches beneath its wooden canopy and bowers. I have been lost in its darkness many times and have always followed different ways through it. Never have I been the same way or the path been in the same place. A beck from the moor leads down into a bog on its western edge and I have often struggled through it to reach the higher moor and away from the ghosts and watching owls of this almost ancient forest. I have often been glad to see the rabbits as I emerge from its bleak vaults. Below the urn field of Dimmingdale lies a similar wood, more civilised as it is nearer a farm. But in some ways it is stranger than Westworth, almost silent and bereft of birds as if they know it is not their place to be there. The woods were often pastures in themselves.

I would have said I knew Westworth like the back of my hand — I used to train in there when I lived in Guisborough —  but today I felt some of Martyn’s disorientation. By the end of the 20th-century, De Brus’s ancient forest had been replaced with a commercial plantation. Today, gone are the spruce and the larch of my memories replaced by a valley of mud and desolation.