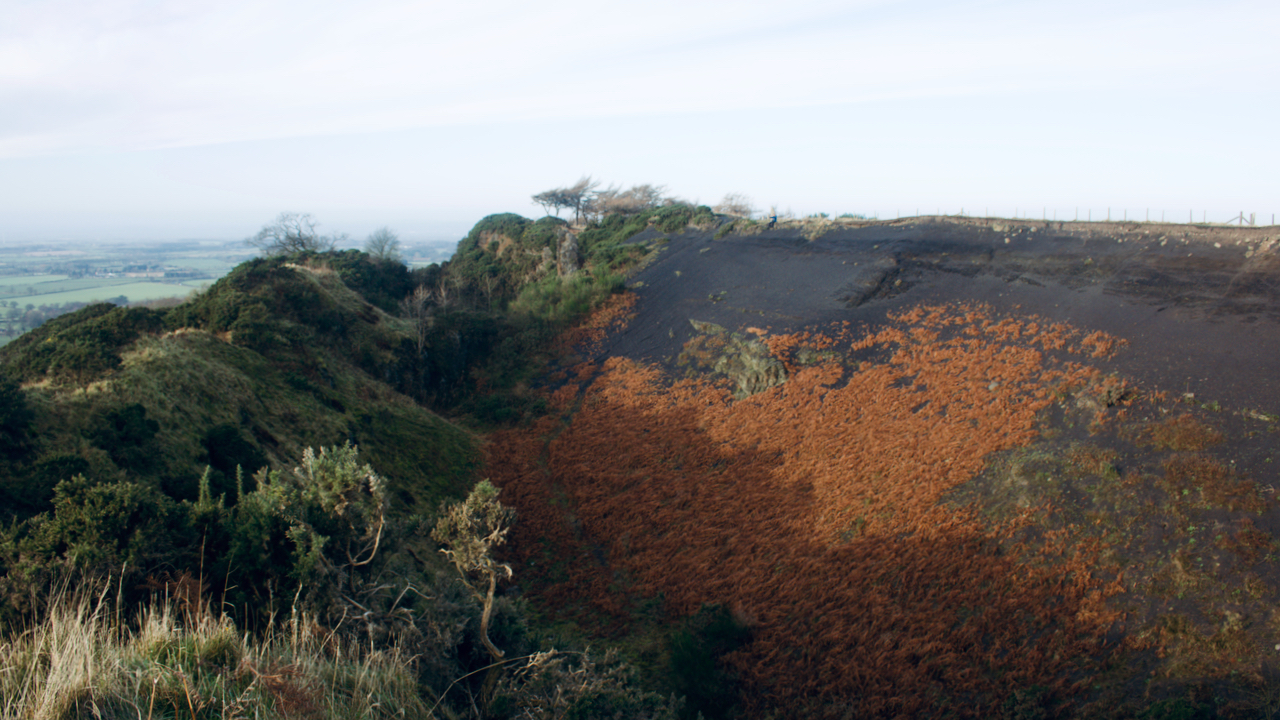 The National park have recently been at worked erectly a new kissing gate, steps and fingerpost below Aireyholme Farm.

One ‘finger’ confuses me, it points to the ‘Elephant Hole’.

Where exactly is the ‘Elephant Hole’?

Some opinion seems to be that it is the large bowl at the top of Cliff Rigg.

But if this is the case why have a separate finger? Just one would suffice.

There are two other locations which I have heard from local sources described as the ‘Elephant Hole’.

One is below the cliff of poor quality whinstone at the far end of the visible limit of the quarry. To the left of the larch trees in the distance.

This was a large hole which opened up into a mine tunnel. However in the 1980s, the cliff above collapsed and substantially filled the hole, blocking access to the mine below1Aditnow.co.uk. (2016). The grave of the Elephant Hole. [online] Available at: https://www.aditnow.co.uk/Photo/The-Grave-Of-The-Elephant-Hole_53948/ [Accessed 11 Jan. 2022]..

Access now would be difficult, overgrown, and across broken ground. I’m not sure there would be much to see if you get there. I don’t think I’ve been anywhere near it since the collapse.

The other contender is also a giant hole but hidden in the woodland on the south side of the ridge. It’s actually just ten or so metres off the Public Footpath as indicated by the fingerpost.

So where is the Elephant Hole?

2 Replies to “Where is the Elephant Hole?”