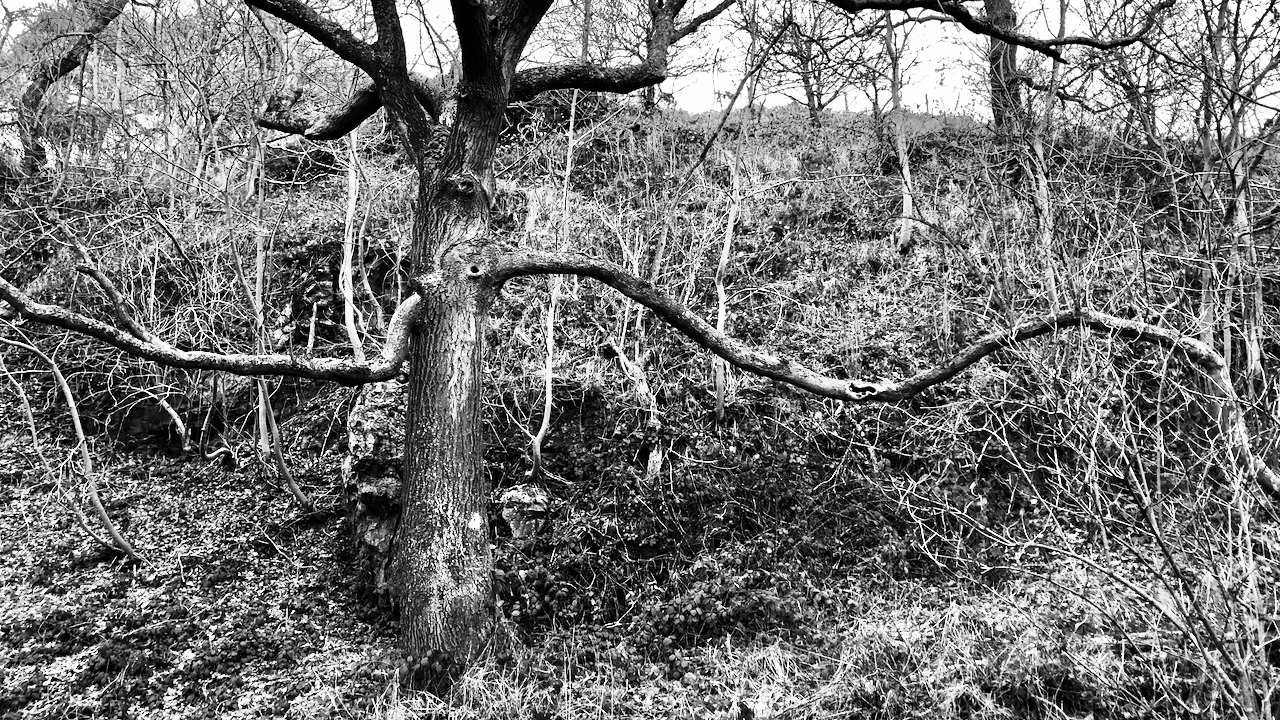 The Ash, one of our major trees along with oak, birch, elm and lime. It’s a strong and flexible wood, traditionally used for spears or axe handles. The name comes from the Anglo-Saxon ‘aesc‘ meaning a spear or lance.

But since 2012, a disease has been devastating Ash trees — Ash Dieback, caused by a fungus (Hymenoscyphus fraxineus).

The fungus spores are spread by the wind and diseased trees will eventually die. Young trees succumb more quickly than mature ones so older woodlands take time to deteriorate.

Identification of a diseased tree is best done during the summer when the loss of crown leaf cover can be seen, sometimes well over 50%. Lesions also form on the bark of new growth but this is hard to see on tall mature trees.

In Newton and Cliff Rigg Woods, most ash trees are showing signs of the disease, but the policy is not to remove infected trees. It is simply now too prevalent. The trees are to be left to weaken and fall naturally and hopefully the genetics of tolerant specimens will be identified.

However where there is a risk that a heavily diseased tree might fall across a path, then felling will be necessary.

The National Trust estimate that at least 30,000 ash trees are due to be felled on all their properties this year1Horton, H. (2021). National Trust to fell at least 30,000 trees hit by ash dieback. [online] the Guardian. Available at: https://www.theguardian.com/environment/2021/dec/08/national-trust-to-fell-at-least-30000-trees-hit-by-ash-dieback [Accessed 6 Jan. 2022].. Obviously these will have to be replaced if we are to combat climate change.

The mature Ash tree in the feature image was one of four felled in Cliff Rigg Woods today.