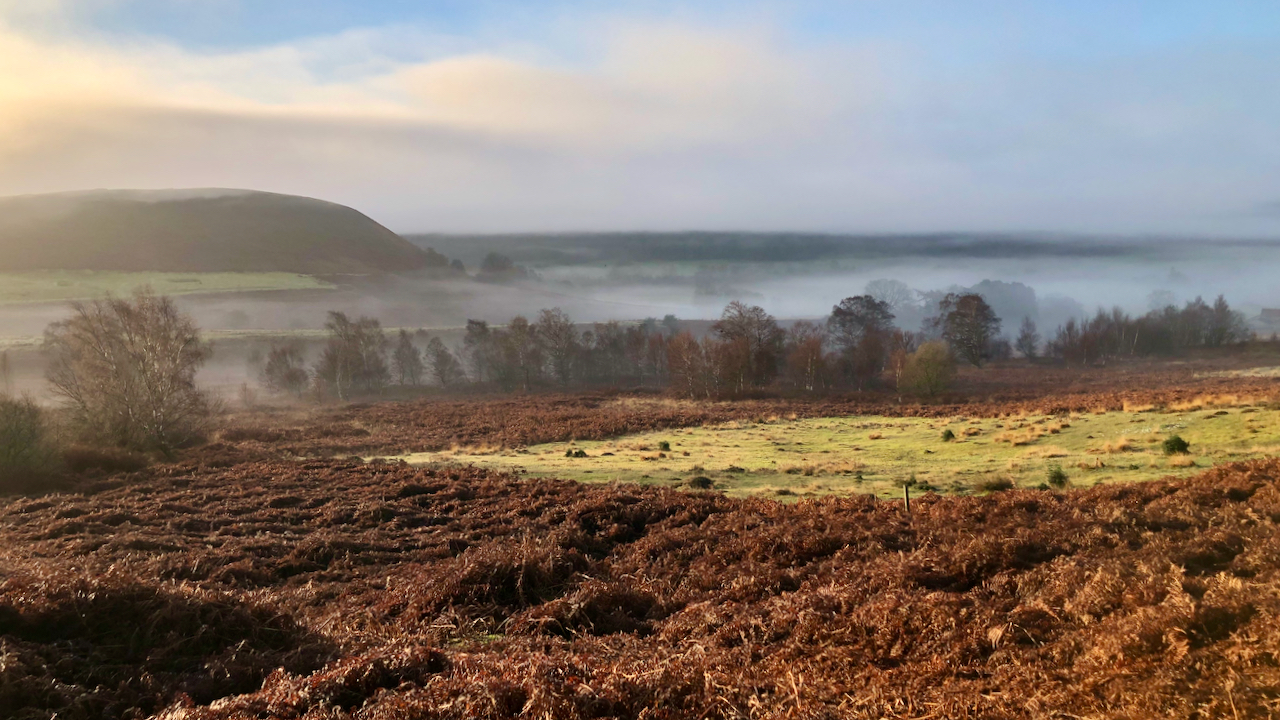 Heading to Bransdale to work with the National Trust clearing up after Storm Arwen, my eyes ached from squinting into the sun during the drive along Blakey Ridge. Blue skies all around, and not a cloud in sight.

In the distance , the Vale of Pickering was smothered by a blanket of white cotton wool — a temperature inversion. As we turned west along the Lowna Road, tentacles of the mist crept up Douthwaite Dale and threatened to engulf us.

Douthwaite Dale — or Dowthwaite on old maps — is the lower part of Farndale. It seems to begin below Lowna, perhaps associated with the change in bedrock to limestone; where the dale becomes more ravinelike. The name ‘Douthwaite‘ derives from ‘duvan‘, a Celtic-Irish personal name and ‘thwaite‘, old Norse for a clearing1Morris, R.W. “Yorkshire through Place Names”. Page 140. David & Charles. 1982. ISBN 0-7153-8230-6.. This indicates settlement by Celtic-Irish joining in Norse migration from the west. This is not unusual in North Yorkshire, there are many other examples.

There is a temptation to assume Douthwaite Dale is associated with its river,  the Dove, but, although this name too has a Celtic origin, it derives from ‘dubo‘ meaning black or dark2Morris, R.W. “Yorkshire through Place Names”. Page 29. David & Charles. 1982. ISBN 0-7153-8230-6..

Although the work in Bransdale was in a shady ghyll the sun shone all day. On the way home the Vale of Pickering was still smothered.