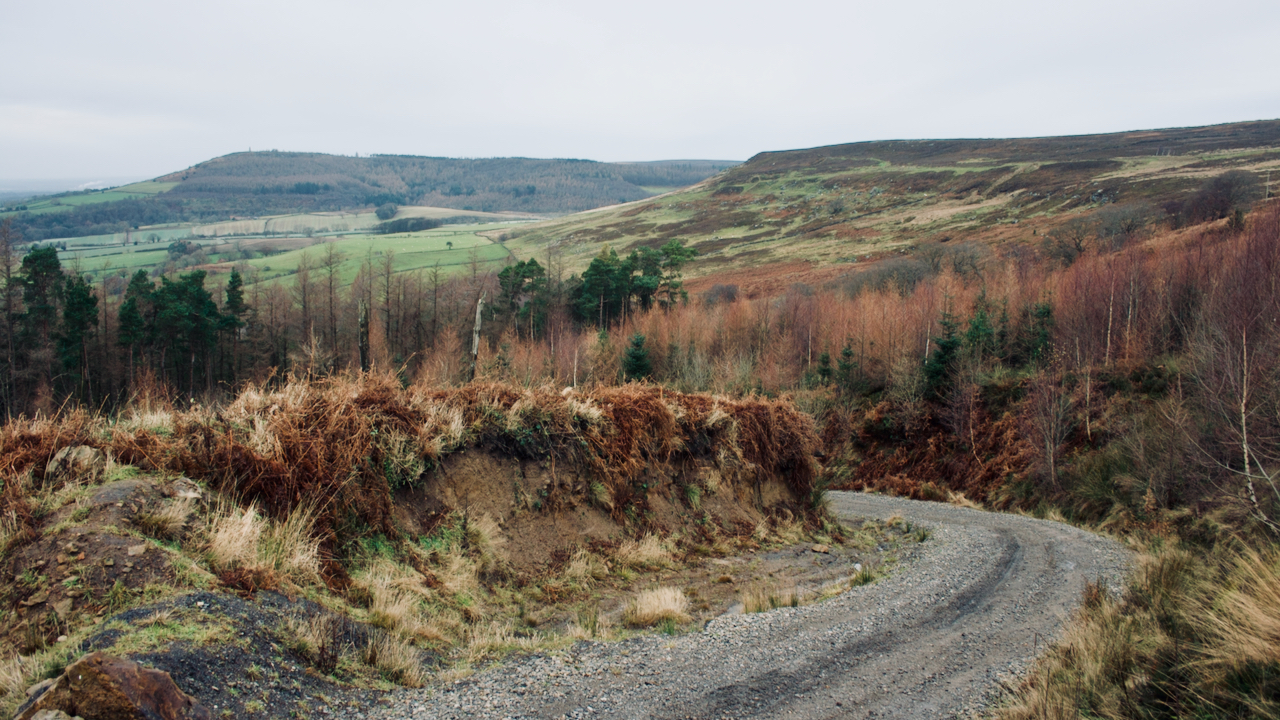 This is not a route I use that often. A deep sunken track from Battersby up and over the moor to Baysdale. It gives an impression of some age, but its original purpose has been lost in antiquity. I suspect it may have been the route initially used by Bernard de Balliol (of Barnard Castle fame) to link his manors of Stokesley and Westerdale (of which Baysdale was a hamlet) in the 12th-century1British-history.ac.uk. (2021). Parishes: Westerdale | British History Online. [online] Available at: https://www.british-history.ac.uk/vch/yorks/north/vol2/pp413-417#h2-0001 [Accessed 11 Dec. 2021]..

Today, in the 21st-century, it is classed as an unclassified county road, which means that although it has a public right of use, it is not a footpath or bridleway as such. These “green lanes” are very popular amongst recreational motor vehicle users.

In the National Park, footpaths and bridleways come under the auspices of the park authority, but unclassified roads are “maintained” by the local authority, in our case North Yorkshire County Council, who prioritise the tarmac roads.

The result was that unsealed unclassified roads such as Coleson Bank, had somewhat been neglected. By the turn of the century, it was notorious: muddy, badly eroded into a deep gorge and unusable for all except the most dedicated 4wd driver and off-road motorcyclist. Memories remain of a past epic climbing through a morass of mud.

Maintenance work was subsequently carried out to Coleson Bank. Its surface regraded, drainage channels added, but I notice that once again ruts are becoming noticeable. In a few years, we’ll be back to square one.

While Traffic Regulation Orders can be used to restrict access for motorised vehicles, the process is long and drawn out. The NYMGLA argues that unsealed, unclassified roads should be “listed as restricted byways—effectively bridleways—meaning that horse drawn vehicles could use them, while other motorised vehicles would be prohibited“3Parliament.uk. (2018). House of Lords – The countryside at a crossroads: Is the Natural Environment and Rural Communities Act 2006 still fit for purpose? – Select Committee on the Natural Environment and Rural Communities Act 2006. Paragraph 303. [online] Available at: https://publications.parliament.uk/pa/ld201719/ldselect/ldnerc/99/9910.htm [Accessed 11 Dec. 2021]..