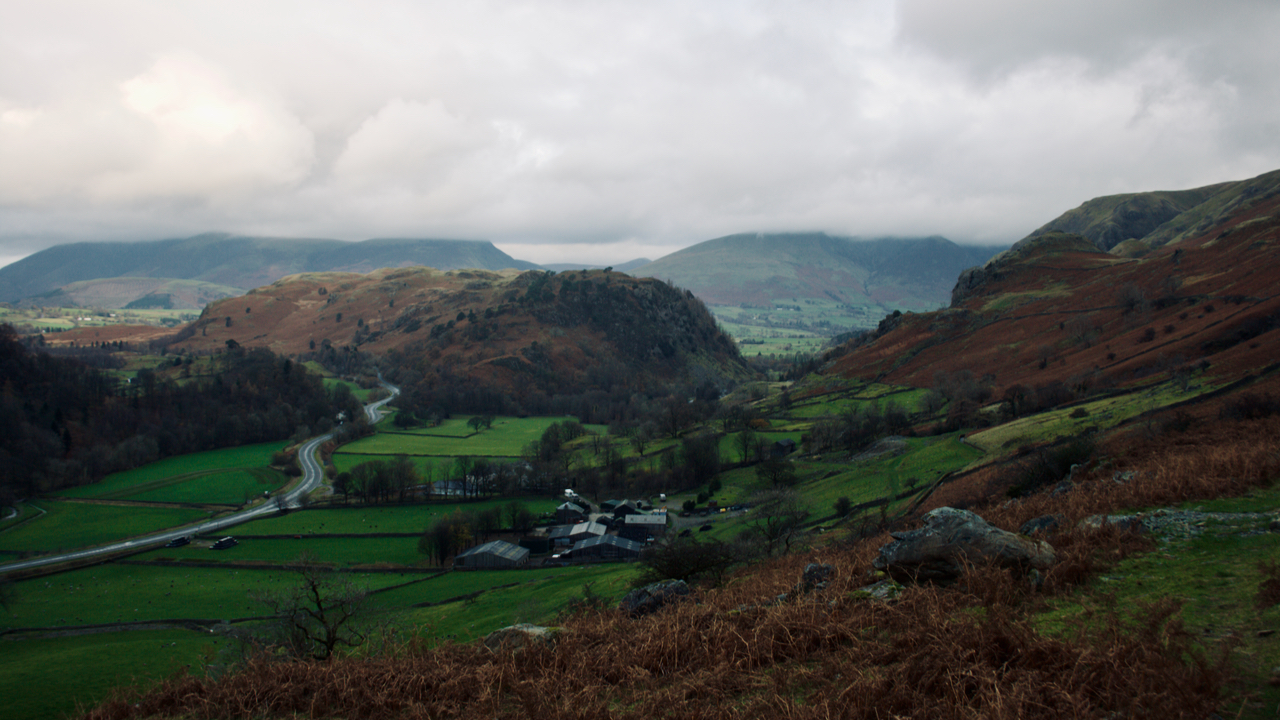 A low walk before the rain set in.

I’m not sure what to call this valley. Thirlmere, Thirlspot, St. John’s in the Vale?

Helvellyn Gill flows down it before its confluence with St. John’s Beck, the natural outflow of Thirlmere, which lies in the Wythburn valley.

It’s all very confusing, but maybe not if you’re driving along the A591 at 60 mph oblivious to the subtle changes in topography.

St. John’s in the Vale was the natural outflow of Thirlmere until the Manchester water engineers dug a tunnel under Dunmail Raise for their new reservoir1United Utilities. Information Board. Swirls Car Park. 24 November 2021.. Now water from Thirlmere flows south through a series of tunnels, covered channels and pipelines to Lostock near Bolton. All by gravity.

That’s St. John’s in the Vale on the right, between the narrow of High Rigg and Castle Rock of Triermain. Beyond, the valley broadens becoming typically glacial.

The name has always intrigued me. Apparently it’s named after a 13th-century hospice built by the Knights Hospitaller — also known as ‘The Order of Knights of the Hospital of Saint John of Jerusalem‘2Kitching, G. (2020). John Richardson | Lakeland Walking Tales. [online] Lakelandwalkingtales.co.uk. Available at: https://www.lakelandwalkingtales.co.uk/tag/john-richardson/ [Accessed 24 Nov. 2021]..

The settlement hamlet centre stage is Stanah, sitting at the foot of Sticks Pass, a long established 750m crossing of the Helvellyn range into Glenridding.