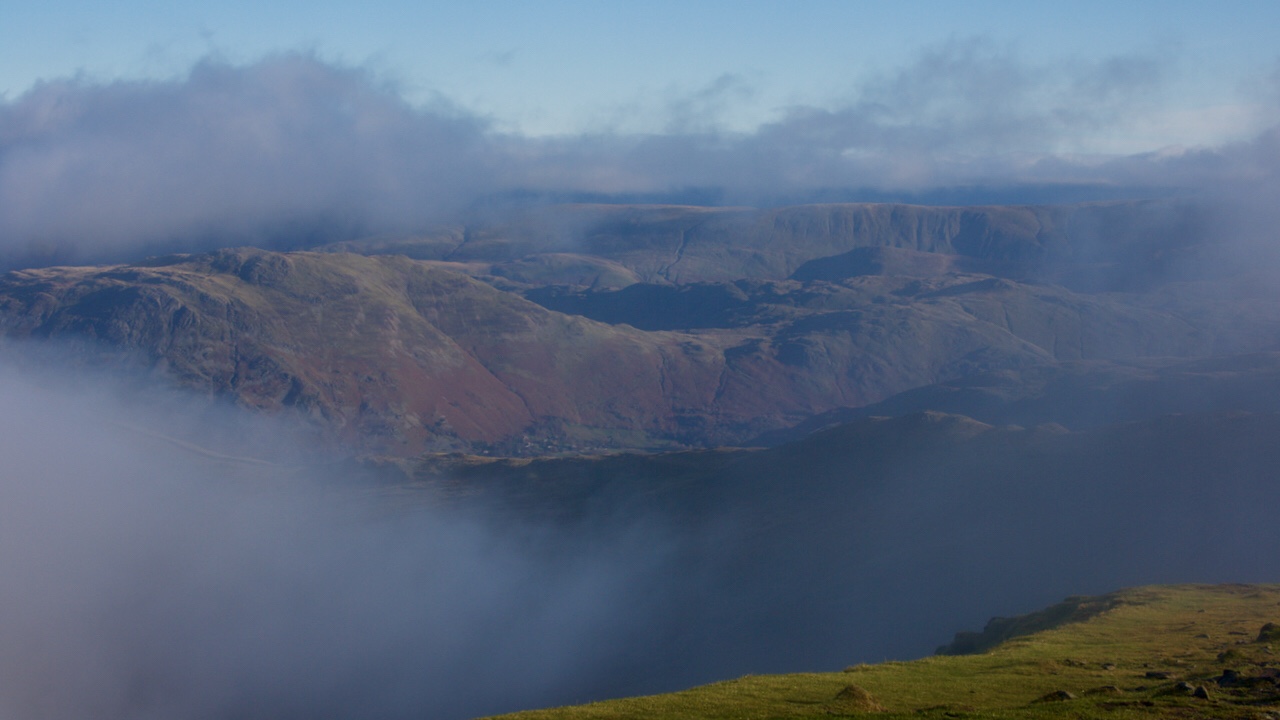 If Helvellyn were just a few metres higher we would have definitely been above the cloud ceiling. As it was, views of the Eastern Fells opened up for the briefest of moments.

in this glimpse, the cliffs in the distance, right of centre, belong to Rampsgill Head. That much I’m sure. I think. The trouble is, once you’ve settled on a place, you then convince yourself of other features. Is this confirmational bias?

So the bulk of a mountain on the left is Place Fell, and I think I can make out the diagonal footpath from Rooking, the collection of houses at its foot, to Boredale Hause.

The path is the one which William Wordsworth climbed in November 1805 with his sister, Dorothy and friends, Captain and Mrs. Luff.

They had been staying at Side Farm, now a popular camping site, and were on an ascent of Place Fell. On reaching Boredale Hause, Captain Luff showed them ‘a small ruin, which was formerly a Chapel, or place of worship where the inhabitants of Martindale and Patterdale were accustomed to meet of Sabbath days‘. The Ordnance Survey 1:25,000 annotates this as ‘Chapel in the Hause’1Lindop, Grevel. “A literary guide to the Lake District”. Page 313/4. Chatto & Windus. 1993. ISBN 0701136154..

Dorothy was sceptical, writing that it looked no different to ‘a common sheepfold‘. She also records a story told by Luff of an old man collecting peat ‘last summer‘ who was caught in a storm. He sheltered in the ruins and was rescued the next day.