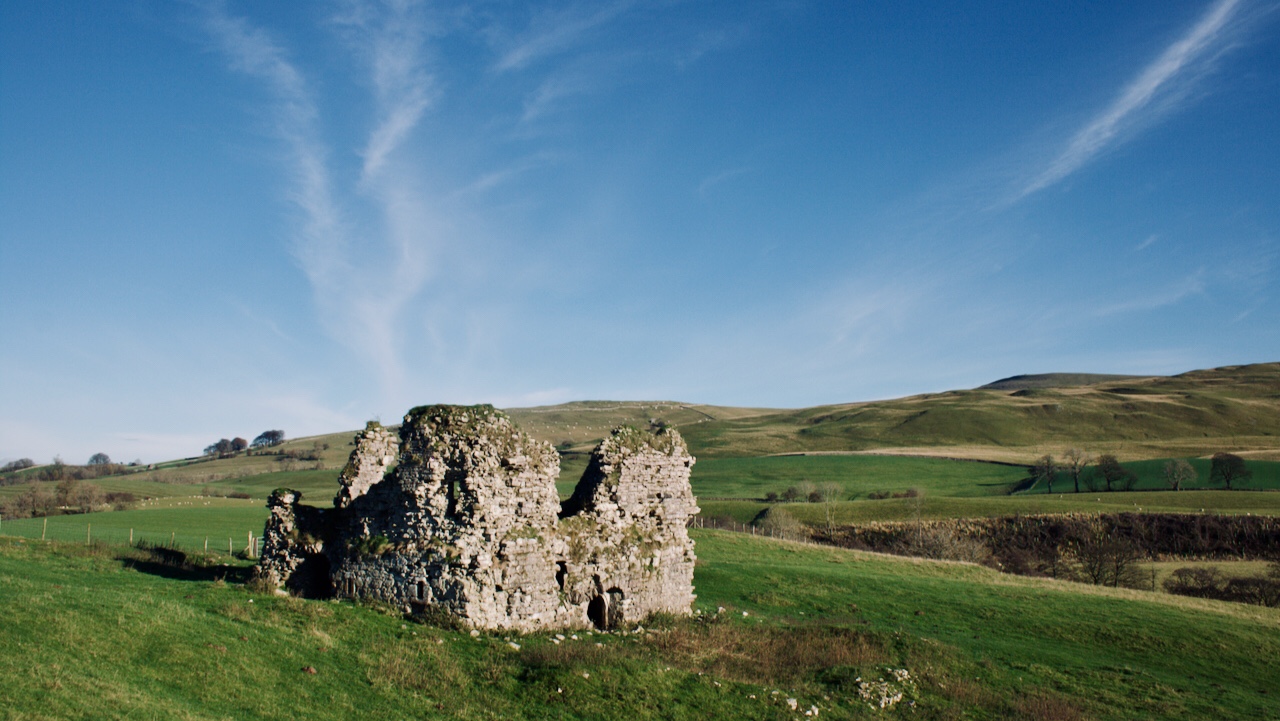 In the Mallerstang valley overlooking the River Eden, the ruined Lammerside Castle dates from the 14th-century. It is a Peel-house, a fortified house built by a lesser landowner to protect his family, livestock, and retainers against predatory raids.

Life in the Middles Ages was hazardous, particularly so in Northern England where a state of insecurity reigned after King Edward I of England attempted to take control of the Scottish throne. Periodically there were successions of sporadic incursions in both directions of cattle-raiding, lootings, burnings, blackmail and murder. Quarrels, feuds and vendettas often lasted for generations. The Eden valley was not that remote that the farmers and landowners had no worries.

Lammerside seems to have been built square in plan, two storeys high with vaulted cellars, which miraculously have not collapsed. It’s walls look to have been a good metre thick and with only one entrance on the ground floor. Gunports are the only other openings. The roof would probably have been made of stone slates to improve fire resistance.