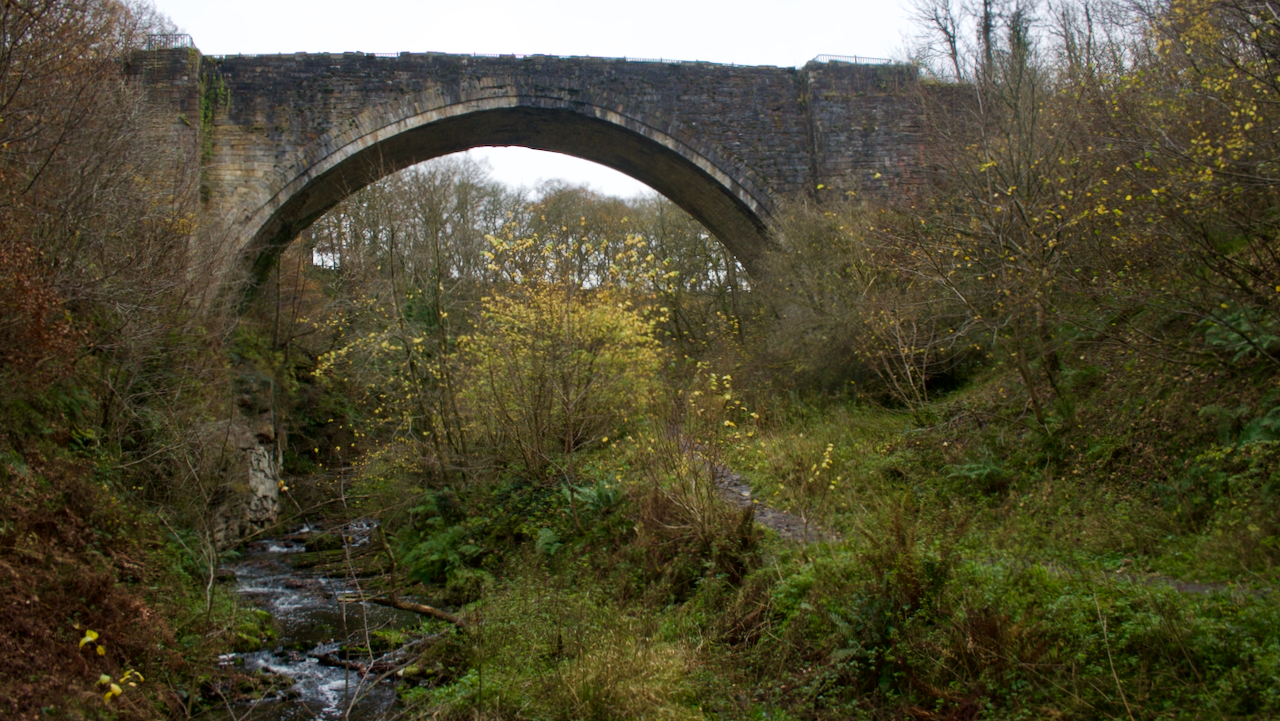 Prior to the late 17th-century, transportation of materials across the country was slow and difficult. Either by horse drawn carts or teams of ponies. More forward thinking industrialists were developing wagon-ways, horse-drawn first with wooden rails and rollers, then with flanged iron wheels.

In the 1720s, when coal-owners were considering exploiting the coal fields below Tanfield in County Durham, a consortium of them planned, by the careful minimisation of gradients and curves, to use gravity to roll the trucks down to the quays of the River Tyne.

A five-mile wagon-way was proposed which ran ‘over valleys filled up with earth, 100 foot high, 300 foot broad at the bottom; other valleys as large have a stone bridge built across, and in other places hills are cut through for half a mile together‘1Crane, Nicholas. “The making of the British Landscape”. Page 384. Weidenfeld & Nicholson. 2017. ISBN 978 0 7538 2667 6..

A major problem through was to cross the 80 feet deep picturesque gorge of the Causey Burn which would require a single arch bridge with a span of 105 feet. Nothing like it had been built before.

A local mason, Ralph Wood, was chosen to design and build the bridge. His first design collapsed, but his second was successfully completed in 17262Historicengland.org.uk. (2012). CAUSEY ARCH, Stanley – 1240816 | Historic England. [online] Available at: https://historicengland.org.uk/listing/the-list/list-entry/1240816 [Accessed 21 Nov. 2021].. The longest single-span bridge in the country, a record which stood for thirty years.

But Wood was so anxious that his second bridge would also collapse that he didn’t see that first year out. He committed suicide by jumping off it.