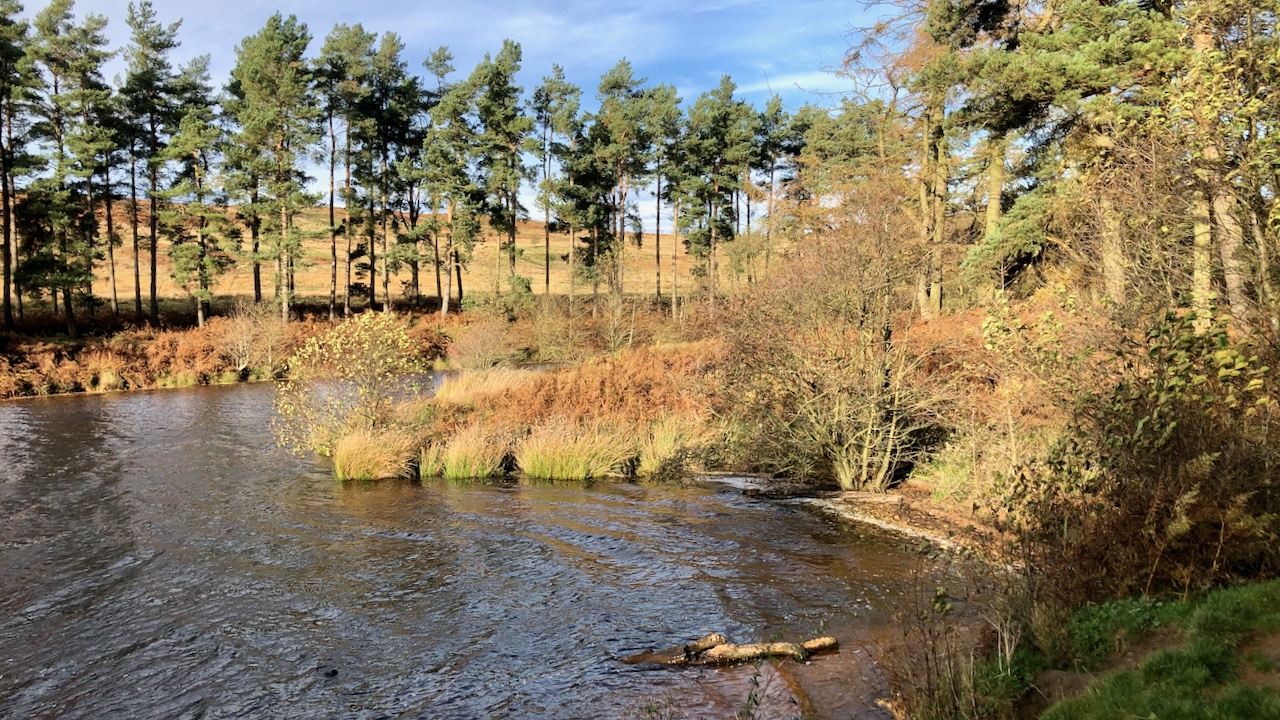 The head of the reservoir in the Sheep Wash valley captures the low-lying November sun.

Cod Beck Reservoir was opened in 1953 for the Northallerton and District Water Board, but one had actually been mooted in the 19th-century as part of a proposed scheme by the Borough of Stockton-on-Tees. In the Parliamentary session for 18691‘Multiple Classified ads’ (1868) York Herald, 21 Nov, [1]+, available: https://link-gale-com.ezproxy.is.ed.ac.uk/apps/doc/R3215280166/GDCS?u=ed_itw&sid=bookmark-GDCS&xid=4c6708c0 [accessed 16 Jul 2021]., the borough had applied for an Act for a scheme including a reservoir which:

High Mill is now the hostel. Four furlongs and seven chains is just under a kilometre, so I think Stockton’s reservoir would have been about half the size of the current one.