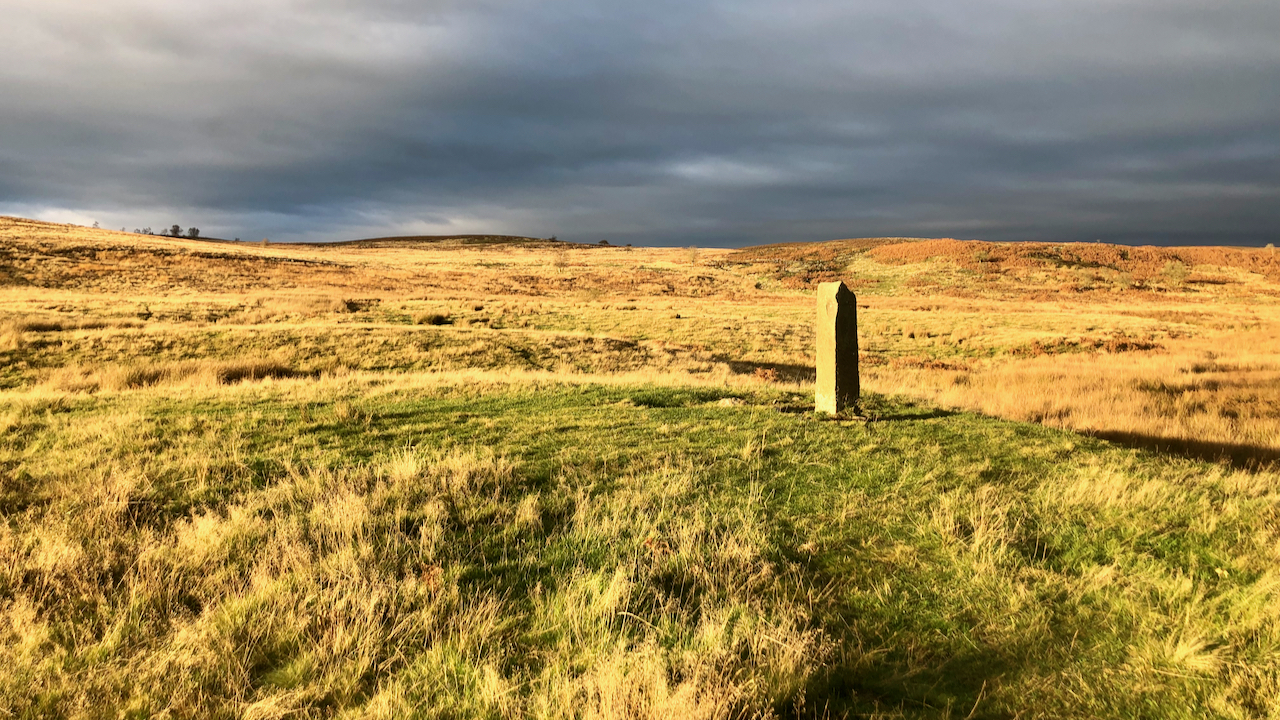 Working with the National Trust widening their section of the path around the Cod Beck Reservoir to make it more wheelchair accessible. As we were knocking off, the sun came out giving some dramatic lighting.

And tonight I am told is Mischief Night, supposedly because this was the night when Guy Fawkes was up to his mischief.

Growing up in Nottingham in the 1960s, I remember a night of mischief around this time of the year. Knicky knocky nine doors was the favourite trick. It may well have been on Halloween which was otherwise pretty much a non-event. I have no recollection of pumpkins, plastic tat, or other American commercialism.

In West Yorkshire and Lancashire, the eve of May-day, April 30th was known as Mischief-Night, when practical jokes are played by boys upon their neighbours1Halliwell-Phillipps, J.O. (1850) ‘A dictionary of archaic and provincial words, obsolete phrases, proverbs, and ancient customs, from the fourteenth century’, Page 555. London: John Russell Smith, 2nd ed., available: https://link.gale.com/apps/doc/ONTWWF398401112/GDCS?u=ed_itw&sid=bookmark-GDCS&xid=36514458&pg=594 [accessed 04 Nov 2021]..

On the evening of this day gates are pulled off their hinges and hung up in trees, and many other acts of wanton mischief committed; Boys carry off all mops, tubs, brushes, &c., which may have been left out of doors, and place them in an inconvenient position for recovery, as on a neighbouring hill, or the house-top, and prior to the epoch of the new policemen, many strange pranks, rude practical jokes and mortifying depredations2“The English Dialect Dictionary, Being the Complete Vocabulary of All Dialect Words Still in Use, or Known to Have Been in Use during the Last Two Hundred Years; Founded on the Publications of the English Dialect Society and on a Large Amount of Material Never before Printed”. In six volumes edited by Joseph Wright, 1898. Volume IV. Internet Archive, 2014, https://archive.org/details/englishdialectdi04wriguoft. Accessed 10 Apr. 2021..