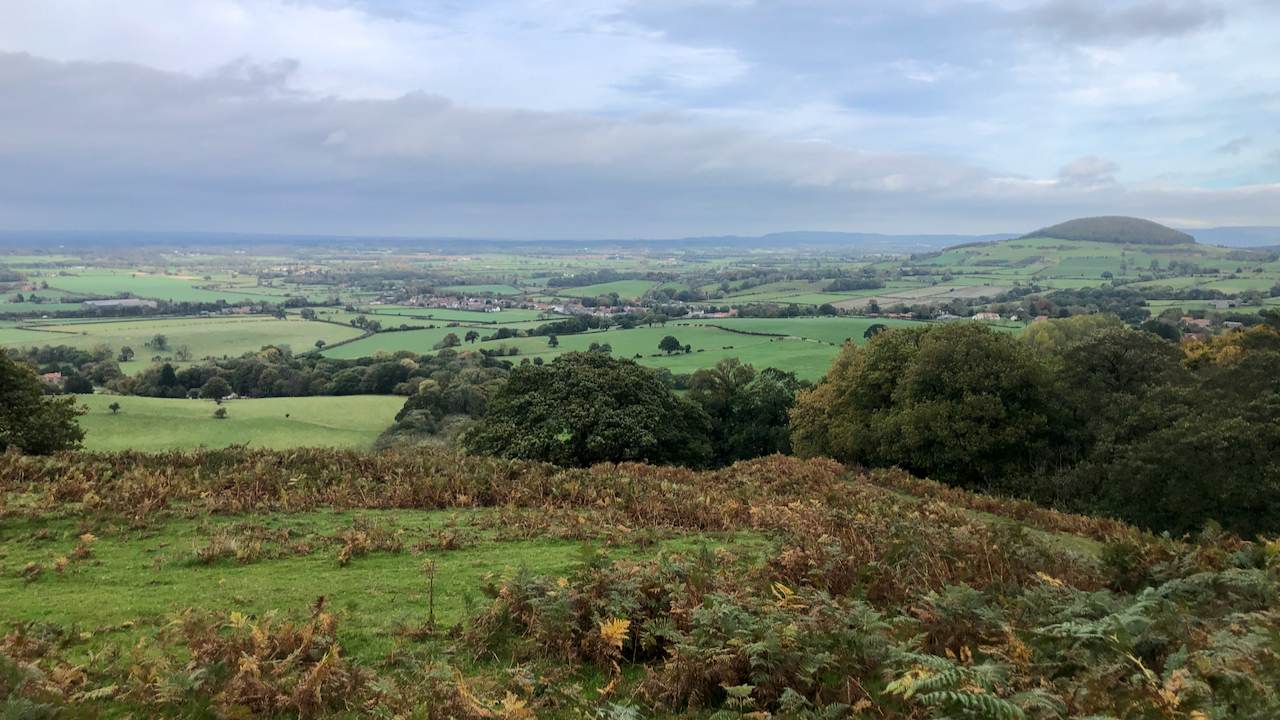 … but the point of interest is not the village of Swainby, nor the wooded Whorl Hill on the far right. It is the field visible in the between the gap in the treeline on the left. Or more specifically the isolated tree in that field.

It is around about here that a stone coffin was unearthed in 1758 in a field called the “Chapel garth” amidst “banks of earth” and some “foundation stones“1Heritagegateway.org.uk. Historic England Research Records.
Monument Number 26813. [online] Available at: https://www.heritagegateway.org.uk/Gateway/Results_Single.aspx?uid=26813&resourceID=19191 [Accessed 28 Oct. 2021]..

It is thought that it is the site of a 12th-century monastic cell of Guisborough Priory, granted by Stephen de Meynell at a hamlet called Scarth. But part from this, there is no other documentary evidence that a cell actually existed, however field walking during the 1970s/80s revealed numerous pottery sherds indicating that it was the site of a medieval settlement2North York Moors National Park HER Map: HER No: 282/2269. [online] Available at: https://www.northyorkmoors.org.uk/discover/archaeology/her-map [Accessed 28 Oct. 2021]..

Modern ploughing has since levelled all the earthworks and the stone coffin is now apparently in the grounds of Arncliffe Hall so there is no much that can be seen.